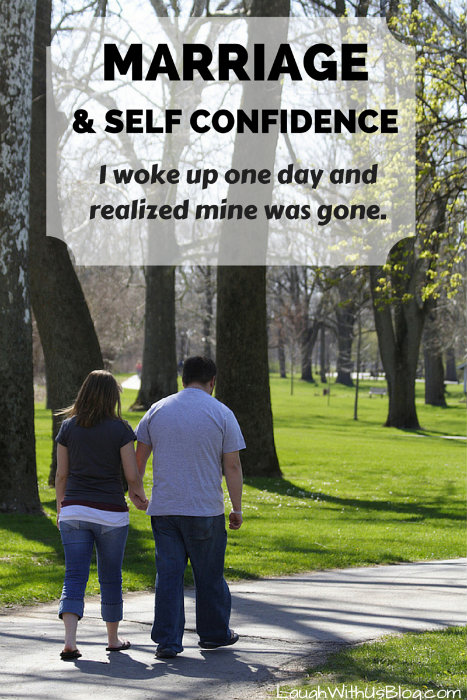 Marriage changes you for better or for worse or a little of both sometimes.  After a bunch  of years married, because I’m oh so old and wise. Ha! I woke up one day and realized something had happened to my one time confident self. Gone she was!  Now, I’ve never been one to be confident of any abilities, no I never felt I was much good at anything really, except maybe laughing too much, but I was always self confident just about who I was. I knew what I wanted, and could make good decisions, for the most part, mind you!

But that person was gone.  I was so shocked one day to realize I could no longer choose a movie on a Friday night.  Should I get this one or that one? What would my husband want?  Would I choose the wrong one?

I remember exactly where I was, and how I was sitting when it hit me.  It wasn’t me. It was my husband! It’s always easier to blame him right?  Ha ha. Stay with me.

As I went back and forth between two movies I thought, “You know what? No matter which one I choose, he’ll think I should have gotten the other one.”

So I devised a plan.  I went and brought home a movie.  When Jason got home and asked me what I rented, I told him the title of the other one, the one I didn’t rent.

Sure enough!  “Oh, the other movie would probably have been better,” he said.

I was overjoyed. I had overcome! “Yeah, that’s what I thought too, which is why I actually got the other movie!” I was so excited to show it to him. I had won. I had chosen the one that he would have wanted! I was such a great wife.

And then…without even thinking…he said, “The other one was probably better.”

Noooooo!  It couldn’t be!

It was all so crazy, hilarious. But this was the moment I really realized it wasn’t me, it was HIM!  See!  Wow!

It was amazing to have this very real, incredibly tangible example that no one could deny.  My life could not be wrapped up in pleasing my husband no matter how much I want to do so.  I was rarely going to get those words of affirmation letting me know I’d done just the right thing for him.  My joy could not be in pleasing him though I still strive to do so anyway, because I love him.  The object of my joy needs to be in my loving, gracious, heavenly Father.  I wish I could say wholeheartedly that that’s where it is, but too often I take my eyes off Him and back on life around me. It’s so easy to do isn’t?

Between thinking the situation was so funny I was also kind of mad at him.  How could he be so mean? The more I thought about it though the more I realized that’s the same thing he would have said had HE brought the movie home.  Also, I’ve been told his mom was that way and so was his grandmother.  He wasn’t being mean to me, not on purpose anyway.

Doesn’t it help so much to dig deeper into communication issues in marriage and gain that understanding? Now it doesn’t bother me as much when he second guesses my decisions. If he says the other one might have been better, I can just add, “Or it might have been worse!” Most of the time I just let things go except for the times I don’t…

Still marriage has changed me. In spite of my revelation I still find myself second guessing my own decisions.  That man.  I sure do love him!