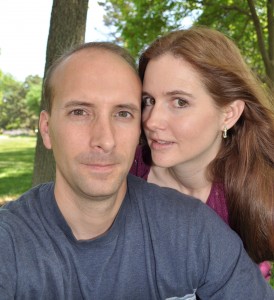 With my background in Biblical counseling, I find communication issues very interesting. While it’s very easy to find problems in the way other people relate, it is much more difficult in one’s own relationships. Here is an excerpt from our life.

The last few months Jason and I have had a running discussion about restaurants.  I think he never goes to the ones I choose, and he thinks he always goes to the ones I choose.  Puzzling. One day after church he suggested Taco Bell for lunch. I told him that I really didn’t want Taco Bell, but that if he was set on it, to go ahead. “Well then, does Steak and Shake sound good?”  That sounded fine to me.

When we were sitting there waiting for our food, he looked at me, and to make sure I was clear on things, said, “Now see, you picked this restaurant. I brought you to the one you wanted to come to.” (Now let me just insert here that he was bringing it up because from his vantage point, he really thought he was doing what I wanted.)

I gaped at him. “What? I didn’t pick this restaurant. You did.”

Now completely offended, he said, “No, I wanted to go to Taco Bell, but I brought you here.”  We argued the issue back and forth for a few minutes getting no where. You see, it’s not that I minded where we were eating. In fact I think I’m very blessed that Jason enjoys taking me out to eat with our four small children in tow.  My problem was not that he was picking the places where we go, but that he was picking them and then telling me that it was my choice.  In his mind he was doing what I wanted and I wasn’t appreciating it.

Finally I said, “Ok, let’s reverse the rolls. I’m driving and in charge. I say that I would really like to go to the Olive Garden, and you say that no, that doesn’t sound very good. So I say, “Ok then, does the Macaroni Grill sound ok?” and you say, “Yes.”

So we sit down at the Macaroni Grill, and I say, “Ok, you picked the restaurant this time, so don’t ever say that I choose all the time.” His eyes were finally opened to my perspective, thank you Lord!