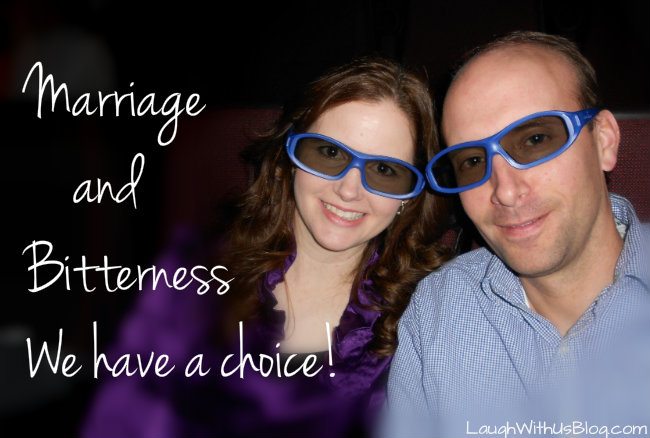 I was on the treadmill when my husband, who had been playing with the kids outside, walked upstairs and blurted, “I just accepted a job!”

“You did what?” I gawked stopping the treadmill.  He had had several interviews, but I didn’t think we were at the accepting stage.

Jason had been so excited about this possibility and, having a hard time hearing on the phone, just ended up taking the job–before getting all the little details!  He didn’t really mean to accept the job on the spot.  It just happened.  I actually thought that was hilarious!  But as details started coming in that were different from what we had originally thought, I had concerns.  My husband had made up his mind, however, and that was the end of it.  It wasn’t that I thought he shouldn’t take the job, just that I thought we should consider everything first.   I felt completely left out of the decision making process.

It hurt my feelings!  I wallowed in those feelings, and I don’t recommend it!  Wallowing is not helpful–at all!

And so one day he came home from his new job very discouraged.  It was then that I realized exactly how bitter I had become over the whole thing.  Instead of encouraging him, I let him have it.  All of my pent up feelings came rushing out in angry words. There I stood in the middle of the kitchen surrounded by all of our children.  When I ran out of words, I threw my dish towel on the counter and rushed out of the room proclaiming that I was going out to eat.  Food makes everything better right?  Ha!

Jason came into the room telling me that he and the children were going with me.  “Give me five minutes.” I told him, “I’m so mad right now I could claw your eyes out!”  Wow!  Had I really just said that?

It’s amazing what can happen in 5 minutes when you come before the Lord!  “…out of the abundance of the heart the mouth speaks.” Matthew 12:34.  How badly I had handled the situation.  My mouth spewed evil because of the evil that I was nursing in my heart and not because of anything my husband did or didn’t do.  Then I began to think: what if this was a reason that God allowed things to happen the way they did?  What if it was to test me, to show me my own sinfulness?  How badly I had failed!

I finished getting ready, and we all went to lunch and had a lovely time.  In fact everyone was on their best behavior!  Later that evening the kids were crafting around the table, and I took the time to apologize to everyone.  “And wow you guys behaved perfectly at the restaurant!” I bragged.

“That’s because I thought you were getting a divorce,” said one of the kids.

“What?  No we’re not getting a divorce!  What would make you think that?”

“I’ve never seen you so mad at Daddy!”

Aww.  To think that I had caused that pain and uncertainty in my child broke my heart again.

And so I’m reminded again that life is not about me.  Decisions will be made that I don’t like.  Bad things will happen.  But I have a choice.  I can live for God and others and find joy in the midst of circumstances or I can believe Satan’s lie and wallow in self-pity, living life for me and be angry and bitter.  I pray the next time I make the right choice!