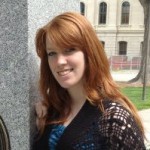 My niece Andrea had the most hilarious time at a friends house trying to make cookies, among other things.  I asked her a while back if she would write it all down and let me share it.  I was thrilled when she did.  Enjoy:

“Whoa! This cookie is amazing! It’s like the best cookie in the world,” were the exact words of my friend Janelle as she ate the homemade Snickerdoodles I gave to her during our lunch break.  I have to say, I was kind of surprised for one of my cookies to be called the best in the world.  I beamed with pride.

“Great!” I said, “I’ll have to make you some more sometime.”

I got my opportunity about 3 weeks later when she invited me over to her house. Now, just to let you know, my friend and I are the worst at planning things out, and I was staying the whole day at her house. Our initial (and only) plan was to watch the movie “The Aristocats” because I had never seen it, and because it was one of her favorites. The movie would take two hours of our time, but after that we had nothing planned. So I decided instead of just making the cookies and bringing them over, I would take the recipe and we could make them over there. That way we would have something else planned and I could also give her the recipe.

Normally I would call and ask if she had everything and then bring over from my house anything she didn’t have, but I wanted to surprise her with the recipe, so I didn’t. Just to be sure, I went through all the things on the recipe to try and figure out which items she might not have. Flour and sugar was kind of a no brainer for me. I had never been in someone’s house who didn’t have flour and sugar.
I stopped on Cream of Tarter and remembered that when I had first made Snickerdoodles I had never heard of Cream of Tarter so I figured, knowing her, she probably had never heard of it either. I was kind of ify on the rest of the items, but, not wanting to take a whole bunch of stuff, I decided she probably had them. So leaving for her house, I brought the recipe, myself, and the Cream of Tarter.

When I got there, I told her I had brought the recipe so we could make the cookies and, as I had expected, she was very happy. One of my favorite things to do is surprising people and making them happy, so I was very happy too.
We set the recipe and the cream of tarter aside for later as we went to watch the movie. It was pretty good, as good as an animated movie can be. Then we hung out for a while in her little sisters room – the only bedroom that has a TV – and surfed channels for a while. We laughed at all the funny commercials, till we got bored and decided it was time to make the cookies!

We went into her kitchen and started to get out all the stuff we needed for the cookies so we could see if we had enough of everything. So, first, we went to her pantry to get out the flour. We looked for a while……no flour….We looked in the cupboard and then the freezer and we found….no flour!

“Janelle!” I half laughed half gasped, “How could you not have any flour?!”

“Well, there goes that plan,” I said, “Have any other ideas?” She didn’t, mostly because she really wanted to make those cookies.

Okay, that’s fine, I thought warily, maybe we can go get some somehow. So, we called her mom, who had been out shopping, and asked her when she was coming home and if she might be able to pick up some flour on her way. She said she could but that she wasn’t going to be home for another hour, so we had to find something else to do. Now, at this point the wise thing to do, what any sane person would think to do, would probably be to go see what else she doesn’t have and ask her mom to get that too right? but no….crazy scatterbrained me did not think to do that.