As we walked into the park it was super crowded with people lined up for a parade.  We later found out that they were mostly workers who were lined up to be on the parade that would be aired on TV! 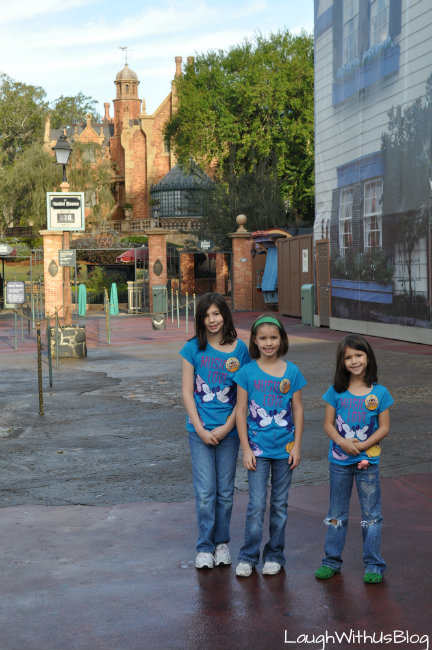 We hit the Haunted Mansion ride first.  Can you believe that line?  🙂  For the first hour or so it was like we had the park to ourselves.  It was great!  I have always remembered the lines at Disney being hours long. 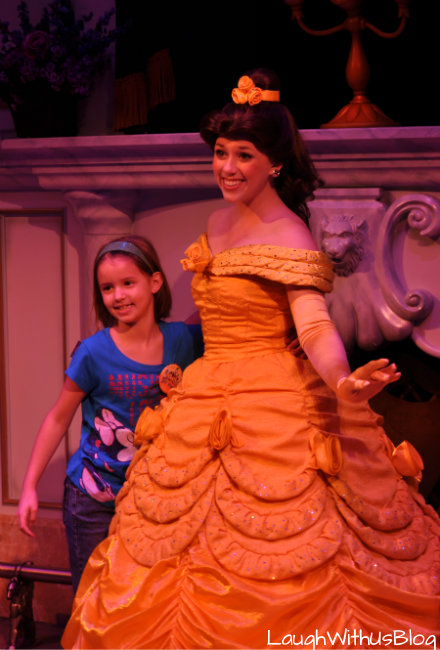 Next we ran to the new Fantasyland area.  The longest we waited the entire day was for Enchanted Tales with Belle.  We waited 30 minutes!  We didn’t know what this was until we were there.  It’s kind of a live theater where the kids get to be part of the story.  The kids loved it.  Jason and I wouldn’t have minded skipping this one, but it was very well done. 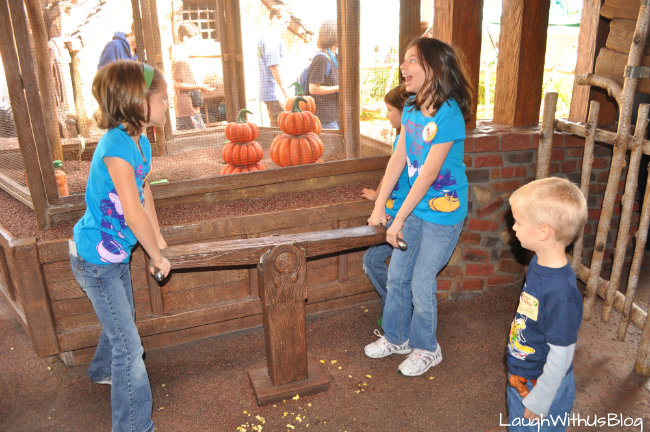 Jason ended up carrying Little Jason for most of the day, but after a few hours he, although more subdued than usual, acted pretty much normal.  His fever went away and he never threw up again.  In fact after that he was fine.  He never showed any more symptoms of being sick at all!  With Jason carrying our four year old, I had to carry Bobby everywhere we went.  Usually Jason and I switch off, but though I was more tired than I had hoped to be, it all worked well. 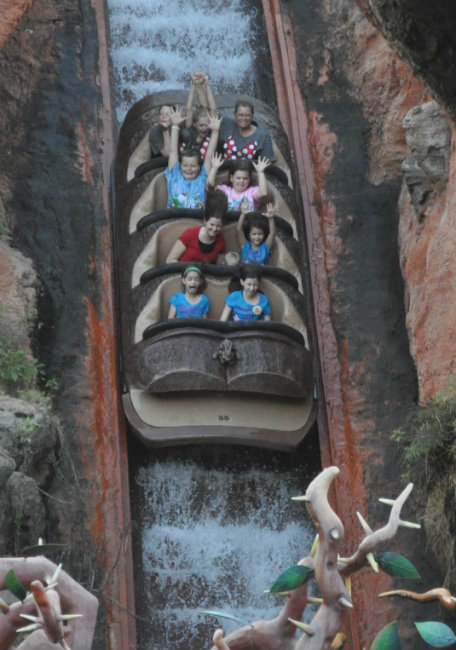 Jason, bless his heart, took the map, planned the route, and took us RUNNING through the park all day.  It was so fun to see the wonder on the kids’ faces.  They loved every second of it.  Jason was so intense about reaching his goal of doing the entire park that he hardly spoke a word to me most of the day.  He didn’t even want to stop long enough to tell me what ride we would be going on next, which would have made it easier to be prepared to feed the baby at a sit down show.  At one point he ran through the gated entry of the next ride followed by all the children.  When I tried to go through, I was stopped by the worker who told me babies weren’t allowed on the ride.  I looked up at my husband who shrugged and then went on the ride.  It was then that I felt significantly annoyed!  Ha ha!

I ended up standing there for about half an hour.  I ate lunch, which was our sack of peanut butter and jelly sandwiches, chips, and water.  As I stood there, the guard of the strollers talked to me.  When he found out that we were a family of seven with only one day to enjoy Disney, he handed me 14 fast passes to use on any ride!  We ended up with more fast passes that we could use!

About 4:00 Jason realized that we had pretty much done all the rides and had time to spare.  That’s when I got my husband back!  He and I laugh about the whole thing.  For the next three hours we strolled around, laughed, and did some of the kiddie rides and our favorite ones over again. 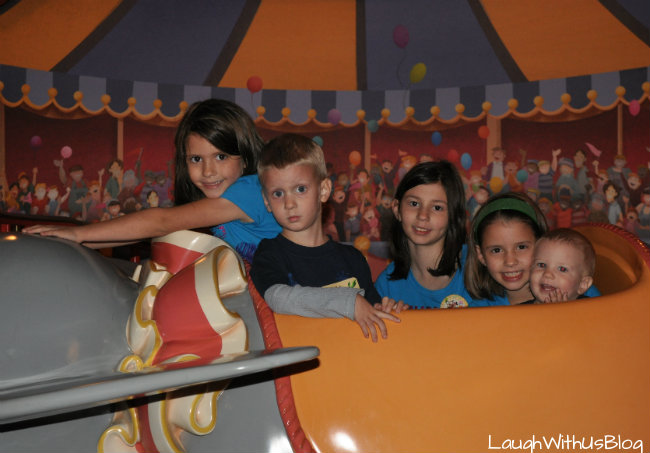 Click here to read about how we lost our child at Disney!