This is a sponsored post written by me on behalf of Dinosaur World.  All opinions are my own. 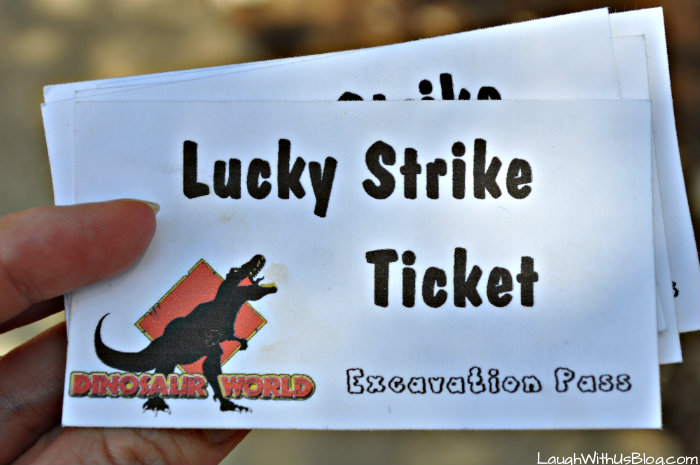 Okay so I know I’ve told you lots about Dinosaur World, but we had so much fun.  This is my last post I promise.  🙂  I meant it when I said pay the extra money to get the extras when visiting the park.  Feeding the fish and Digging for fossils were so much fun, but my kids’ favorite thing they got to do was mining for gems! 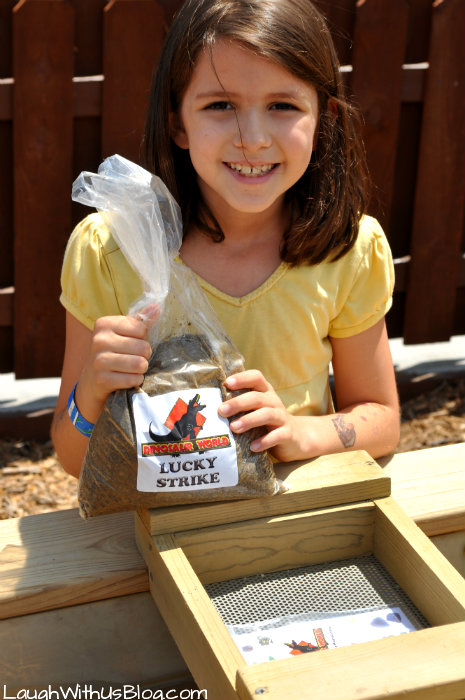 With the excavation pass each child is given the mining tools along with a Lucky Strike bag filled with dirt and gems for them to discover. 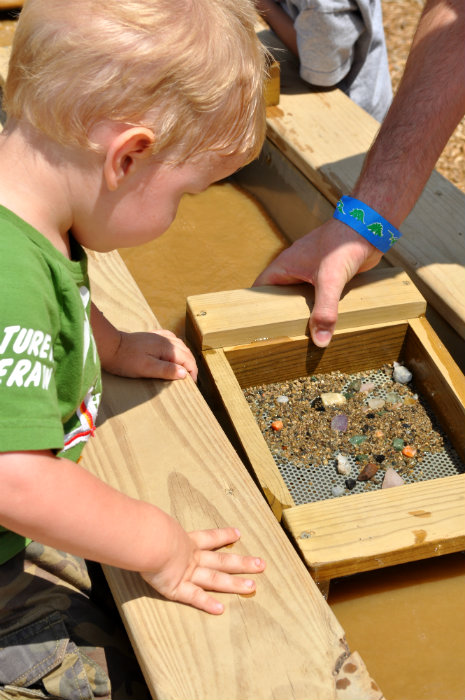 The kids were so excited when they realized that there were TONS of beautiful rocks to find.  They told me later they expected they would find two or three in the bag and couldn’t believe it when they found so many. 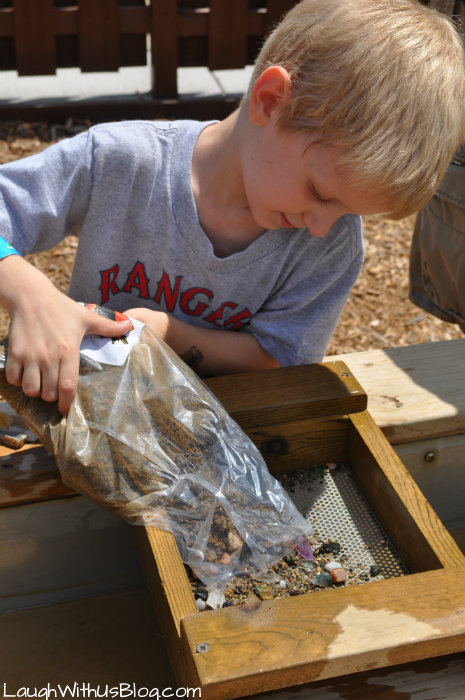 It was fun to see how each child took to the task differently.  Some went through the bag of dirt slowly exclaiming over each rock as it was found.  One of my kids decided to just dump the entire bag of dirt at once!  Little Jason had fun just playing in the dirty water. 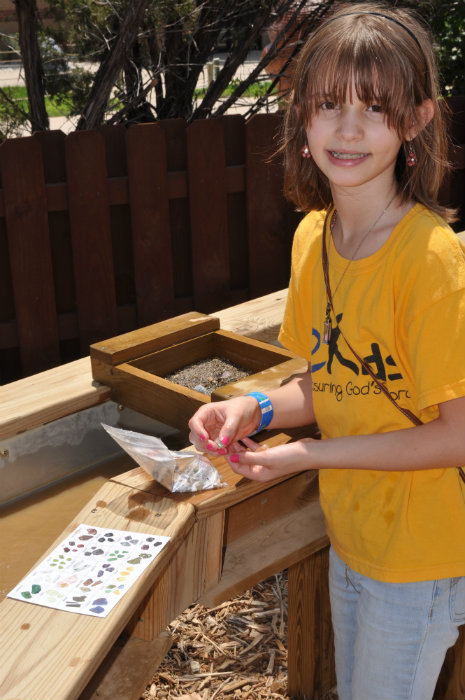 Along with the tools, the kids were each given a sheet picturing and naming the rocks that could be found in the bags.  Joy especially liked finding out what each rock was. 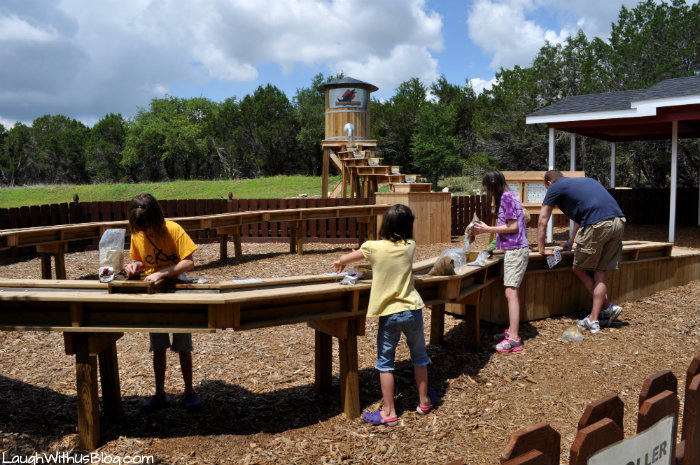 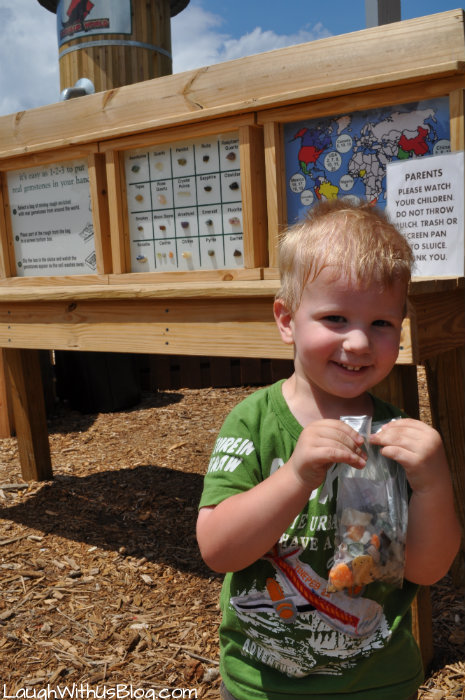 Bobby was very proud of his rocks.  He already was a rock collector so these were a huge hit.  Days later the kids still ooo and ah over their rocks and have added more to their collection.

This wraps up our fun family day at Dinosaur World.  Take your dinosaur/fossil/rock loving kiddos and don’t forget to print a coupon for Dinosaur World!