Either your marriage is going REALLY well or you should be VERY concerned when your husband asks you if you want to go to a marriage event.  Ha ha!  The truth is that my husband and I both have a lot of respect for Kirk Cameron from watching him on the show The Way of the Master.  So Jason was excited to go see him in person.  I didn’t really know what I was in for, but a night out with my husband without the kids sounded like fun. 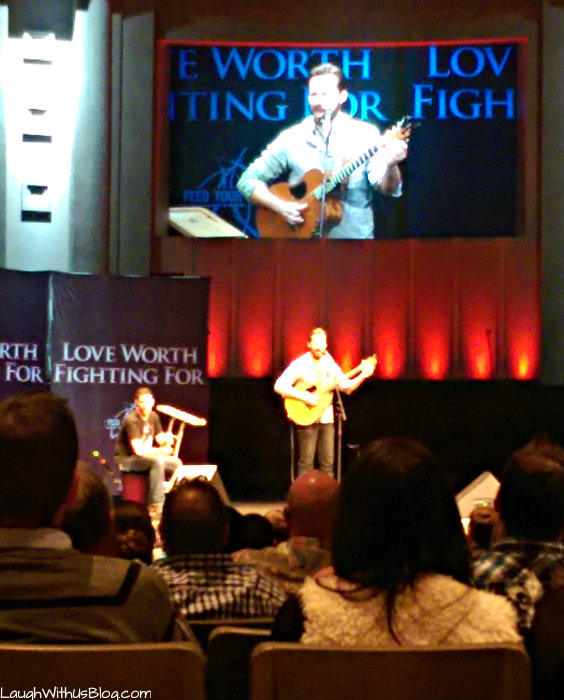 (You’ll have to excuse my photos.  We were seated very far back and the only camera I had on me was on my phone.) It was my first time to hear Warren Barfield, though his song “Love is not a Fight” was in the hit movie Fireproof.

Warren not only sings at the event, but he tells his own inspiring marriage story, part of which is the story behind the song.  Warren is a talented speaker as well as musician.  With humor throughout his story he kept us on the edge of our seats. 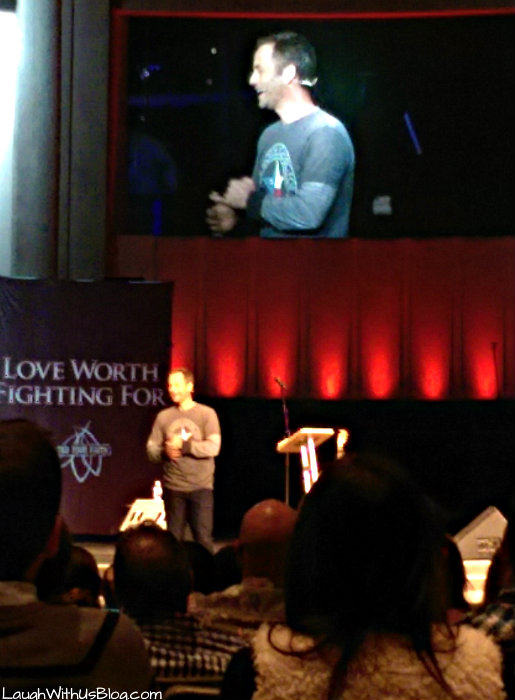 And Kirk Cameron, you just can’t help but love him.  He is the real deal.  Hollywood thought he was insane to give up fame and fortune for God, but the last laugh is on them as he is famous and his fortune, he’s building in heaven and will last much longer than that of Hollywood!

I wondered how a marriage event of just a couple of hours would do any real good. You know?  But Kirk has some great Biblical advice about marriage directing much of his talk to the men who are to lead our homes.  It was a great time spent with my husband thinking about marriage.

One great reminder from the event is about forgiveness.  When we live our lives in light of the Gospel and how much a sinless Savior has forgiven us, we in turn should find it easy to forgive.  Keep God first!

We came home and watched Fireproof again the next night–such a great movie.

Love Worth Fighting For is being held in cities nationwide.  I would encourage you to check the website and go if the event is near you.  You won’t regret it!