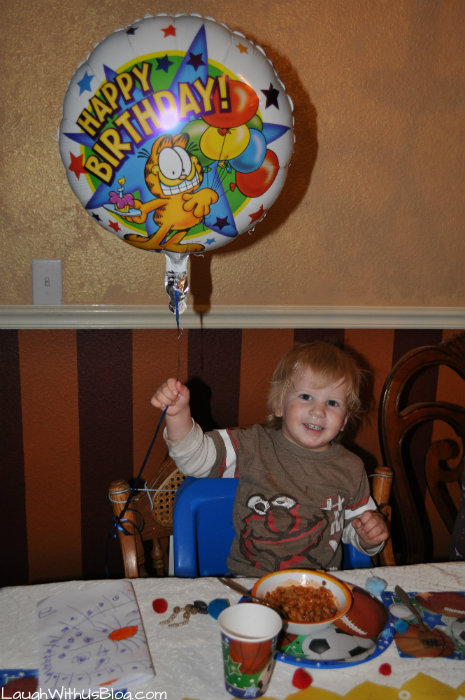 Can you believe Bobby is two years old?  I certainly can’t.  I mean I was in such denial that I celebrated his birthday uh…four months late!  That’s right.  Go ahead and send it, that worst mom of the year award!  Better late than never though huh?  Well, at least at this age it didn’t bother him at all. 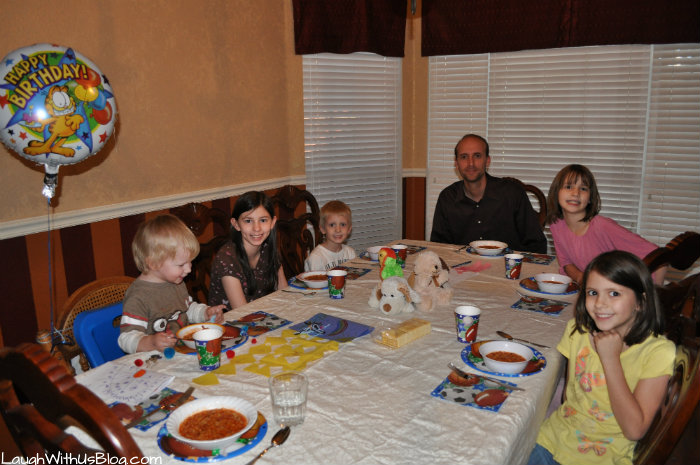 We did our usual tradition of the birthday balloon, favorite meal, and just family tradition.  The girls decorated and each of them made a card for Bobby.  I didn’t think he would pay much attention to the cards, but he looked and squealed over each one.  It was so cute. 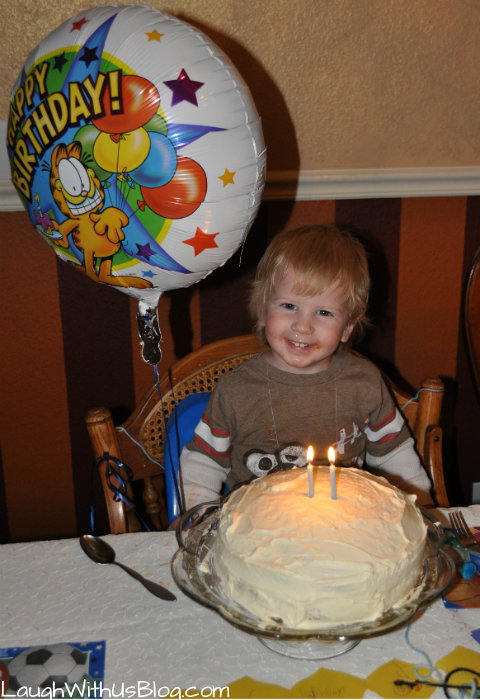 As we sang Happy Birthday he blew out the candles.  I think he’s the first of my kids to ever blow them out before the make a wish cue.  After he blew them out though, he said, “Brake it, brake it!” 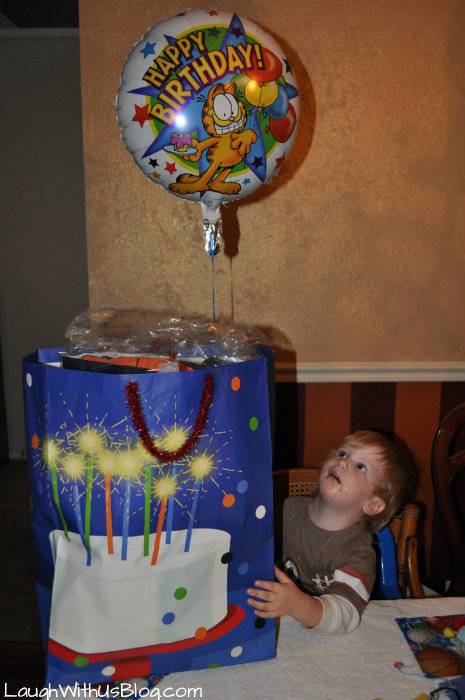 And then the presents.  We don’t go overboard, but still they are the highlight.  This huge package was a sleeping bag from his grandparents–so cute.  I got him his first set of LEGOs and he has not stopped playing with them.  I’ve never seen him take so much to a toy before except for maybe…ball, any ball!

Bobby brings so much joy into my life.  He is a little firecracker, go getter, strong willed thing, but he gives lots of hugs and kisses and is very quick to say, “I sorry Mommy!”  He just melts my heart!  I am so thankful for two years…and four months with him!  🙂