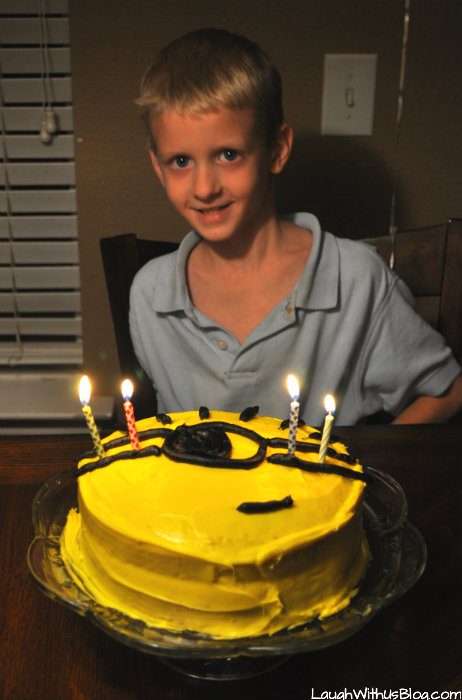 Little Jason turned 7 last weekend.  Did you catch that?  It was just last weekend, and I’m not incredibly behind in publishing it!  Ha!

My boy wanted three things for his birthday: a trip to LEGOLAND Discovery Center, Minion stuff, and a marble toy!  We spent the morning at LEGOLAND–post coming soon–but then relaxed at home.  We had pizza and my daughter said she wanted to make him a Minion cake. 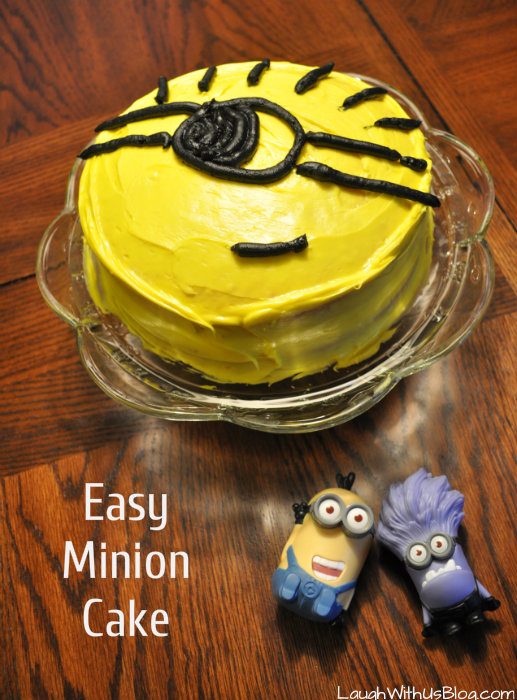 We just made a yellow cake with yellow frosting and then she drew the Minion face on the cake with black frosting.  I thought it came out really cute for such and easy way to make it.  Little Jason was thrilled with it. 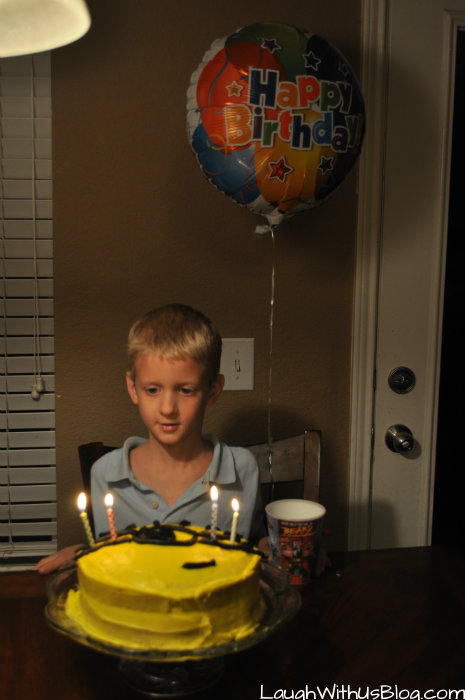 We did have a couple of mishaps on his birthday.  First of all is pictured in the photo above.  Notice anything wrong?  I could only find four candles in the house when it was time for the cake!  I suggested we just not do candles to my poor son’s horrified expression.  We HAD to have candles on the birthday cake!  So, yes, on his 7th birthday my poor kid blew out 4 candles.  I am THAT mom!

The next problem came with the marble toy he wanted.  Joy was very excited to put it together for him.  She worked for about two hours, before proclaiming that she couldn’t put it together.  Jason took a look at it and went ranting and raving about not taking a day off work to put together a toy.  He boxed it all up and said he was taking it back!  Thankfully, Little Jason did not seem too upset about it.  The next day we exchanged it for…a Minion toy.  What else?

In the last six months Little Jason has seemed to grow up a lot.  I’m seeing less and less of the little kid outbursts, and he is just a happier boy.  He loves to laugh, might have gotten that from me, and he does laugh a lot.  He never seems to care if anyone around is in on his joke or not.  I’ve heard him laughing hysterically in his room by himself.  Peeking in I found him throwing a sock in the air.  Oh to have that much fun again!  Little Jason sees thing differently that other people.  I look forward to learning more of what goes on in his little mind!  So happy for seven years with this sweet boy!