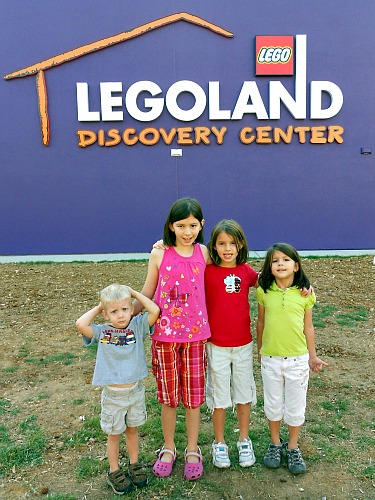 Thanks to all of our readers and sponsors, we were able to take a little not-so-planned outing to the movies in August.  So the excitement was then how we were going to spend our September earnings.  After looking online and through several promotional magazines, we made a list of things we want to do.  I happened to notice just in time that kids ages two and under are free at Legoland. Since Little Jason’s third birthday is in October, this event was made high priority.  I searched until I found discounted tickets through the Grapevine Visitor Center, which saved us about the price of one ticket!

Then off we went to find out how legos are made! 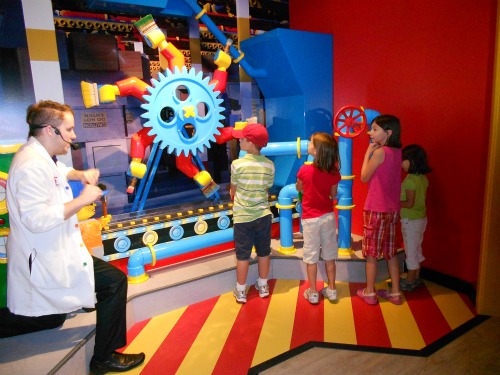 Upon entering the kids were taken though a short series of steps that explained, with some hands-on excitement, the ends and outs of making Legos.  At the end of the little tour each child was given a souvenir Lego.

The discovery center is made up mostly of two rides, a 4D theater, a miniature interactive Lego built city, a play-scape, and a Lego building center.  We got there when it opened and had free reign of the entire place.  We saw all the movies, rode the rides twice, and didn’t have to fight the crowds to build with Legos. 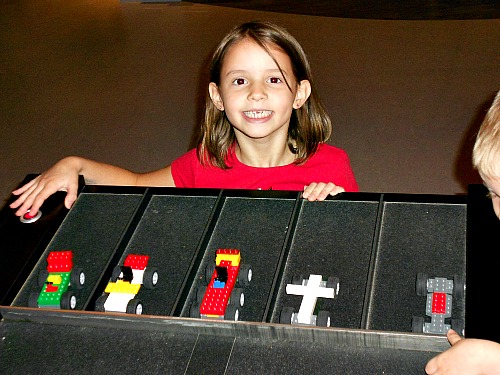 Joy took car building seriously and made several cars that she had a blast placing on the track and racing.  Little Jason was a bit distraught until I figured out he wanted a car of his own.  With little imagination I grabbed wheels and a body and handed it to him.  He raced that thing over and over! 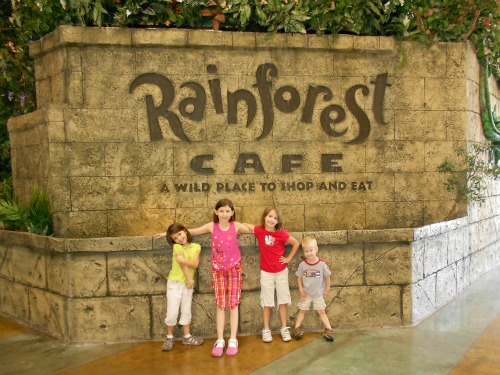 …which is located just through the mall.  I had a coupon for a free kids meal and money left over on a gift card from Mother’s Day, so with a little ingenuity we spent a grand total of $7 extra to eat at the Rainforest Cafe!

Afterward, I let the kids pick one ride at Legoland to go on again before the trip home.  Everyone was duly tired and satisfied.  It was a great day!  My kiddos thank you for reading Laugh With Us Blog and helping us make more memories!