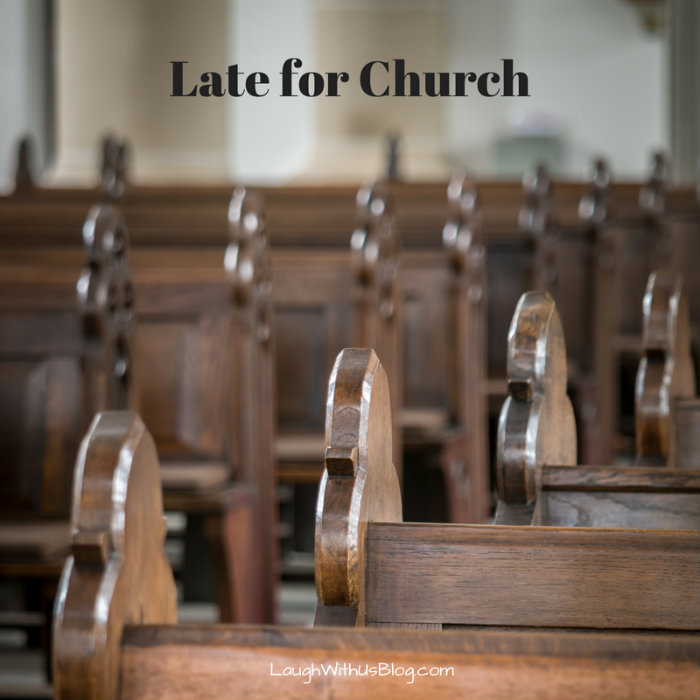 Yep. We were late for church. Sounds like a normal occurrence, no? But it wasn’t just a normal late; this was in Esther style for sure. For all my friends that refer to their, “Esther” moments. This one’s for you! 😉

First of all I Woke up late. Does anything good ever happen on the days you wake up late?  That probably added to the commotion. I forgot to set my alarm.

After a quick cup of coffee I found myself locked out of my bedroom. It was the worst possible morning to have that happen. So when I should have been hurriedly painting my face, I stood there waiting for my husband to finish his shower and come open the door. I have a key. I do! I just couldn’t get it to work.

I threw (That one’s for you, Mom.) myself together in record time, and like a drill sergeant I rushed everyone out the door and told them to load the van. As I was locking the door here came one of my girls. She had…stepped in poo! My husband gallantly cleaned off her shoe in the hose and handed it back to her. Insert smile here.

Then Jason disappeared back into the house. We all smoldered in the van. A few minutes went by, but Jason still wasn’t coming. Finally, I called him on his phone. “What’s going on?”

“Well, first I had to put the fire out…” Ha! Someone had accidentally leaned up against our stove turning a burner on. The towel which had been resting happily and looking forward to the quiet in this usually noisy home met a sad and painful death. I’m so glad Jason ran back inside to get something! Who knows what we would have found after church. My hero!

When Jason finally came back out to get in the van, a Texas sized bird had “crapped all over” his side of the door. There was no way he was driving to church like that. But after a quick car wash we were finally on our way.

So that’s why we were late. What’s your excuse? 😉