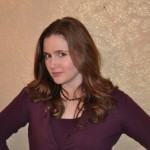 When my husband graduated from the University he took a job in another state. I was sad to leave our little apartment on the main level of an old house. His new job paid for professional movers. A couple of men came in and packed everything away in just a few hours. Then came the task of cleaning. A friend from church came and helped me. We scrubbed and scrubbed leaving that apartment much cleaner than it was when we moved in.

The landlord came by with his little check list. He was very pleased with the condition of the house and said that he would get us a refund on our deposit right away. I was thankful; $425 was a lot of money.

We relocated and waited for our check to come. A month went by, and we never received it. My husband called and left a message. Still we didn’t hear from the landlord about our money. Months went by without any word about our refund even though we wrote letters and left messages on his answering machine. We had been great renters, never causing trouble and always paying the rent on time. Seven months later we realized that the landlord planned to steal our money. We were not going to let it go.

We asked around as to what would be the next step. Someone told us to send him a certified letter. I took all the documentation and sent the letter requesting payment one final time before turning it over to a lawyer. Thankfully this is what it took. Not too long after that and about eight months after we moved out, we received an envelope in the mail containing absolutely nothing except a check with our money.

It seems like it is usually landlords that have trouble with the renters paying. I wonder if anyone else has had trouble getting a landlord to repay their well deserved deposit?