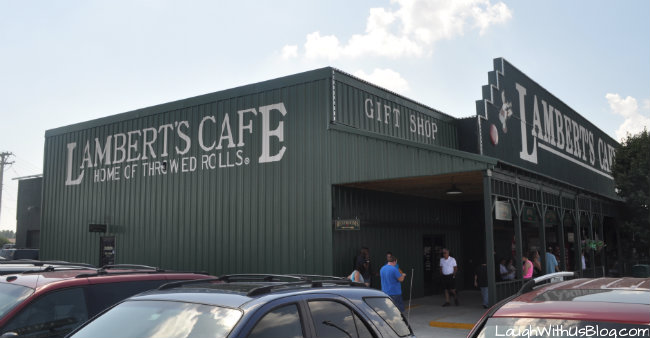 I visited Lambert’s for the first time when I was in high school on one of my ensemble tours, and I LOVED it.  I have always wanted to go back.  This was my first opportunity.  At about a half an hour’s drive from Branson, in Ozark MO it is well worth the drive.  After watching Grand Country’s Amazing Pet show, we made the jaunt over to Lambert’s Cafe for lunch.  The place was packed and there was a bit of a wait, but again it was worth it! 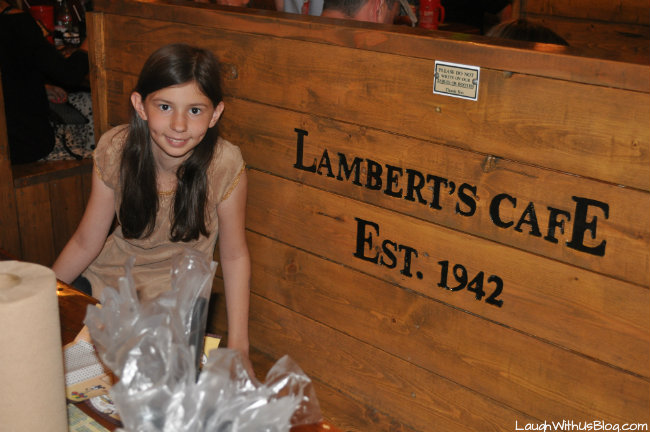 The place is just fun!  Even though I had explained to them that the rolls would be “throwed,” they were still so surprised.  At first they were a little shy about trying to catch them. 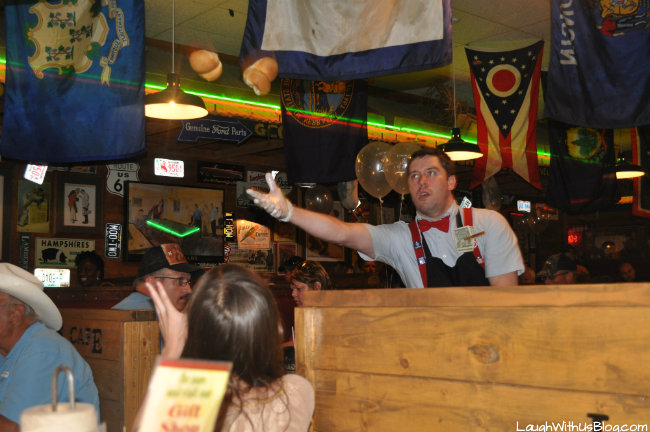 But pretty soon they were downing rolls as fast as possible just for the thrill of watching the guy juggle and throw them! 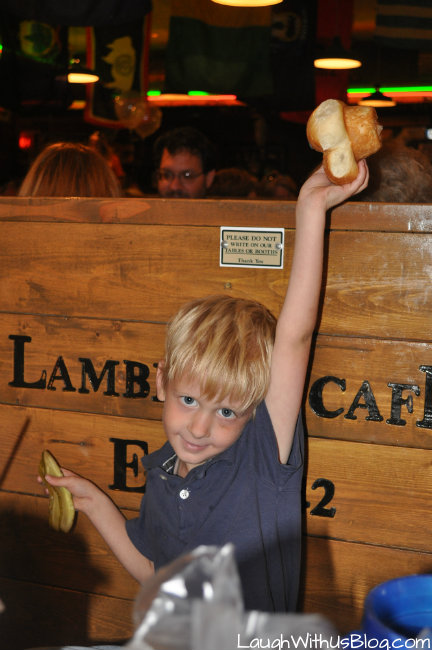 Even this little guy caught one…after it had bounced off the table, but the thrill was real! 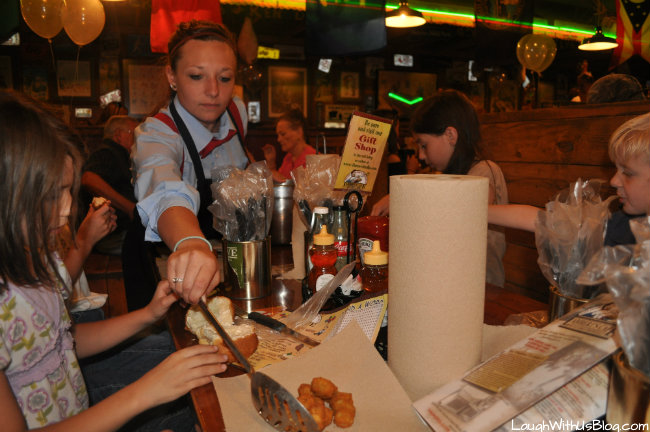 Besides the rolls, I remembered the take pass arounds.  Besides the sides that come with your meal, there are also people coming around with heaping helpings of things such as fried okra, macaroni and tomatoes, potatoes and onions, and black eyed peas.  Oh man! 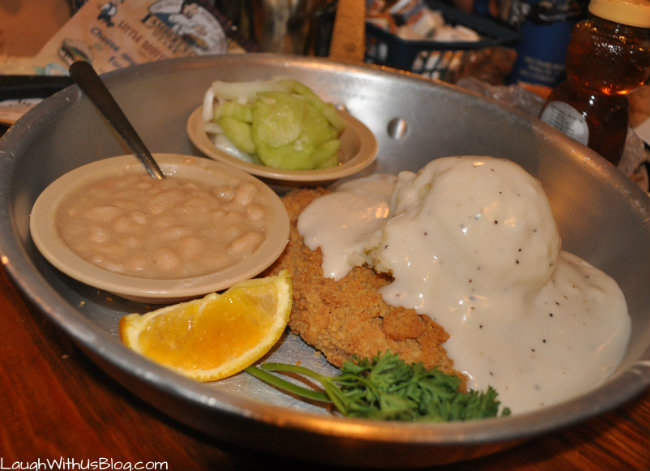 I ordered the country fried steak with beans and cucumber salad.

Jason had the catfish, baked beans, and cold slaw.

I mean the food here is all kinds of good.  Nothing here was so-so.  In our opinion, every bite was just mouthwatering delicious!

The prices aren’t outrageous, but there is no sharing allowed.  Expect to pay for a meal for each child.  In reality we paid probably twice what we would normally pay for our family at a nice restaurant.  Save the money and plan on going.  I don’t think you will be disappointed!