This was the show we debated the most.  It had been recommended to us and sounded really good, but it was more expensive than some of the the others, and I couldn’t find a good deal or coupon anywhere.  Finally we were down to the wire, and it was between Kirby and The Price Is Right–Jason really wanted to be on that show!  We were leaning more toward Kirby because we thought the kids would all enjoy that one much more, but when I called they offered us the preferred seating in the third row at the price of the regular ticket since it was for that evening, and it was a slow night.  That sealed the deal, and we went to the show that night. 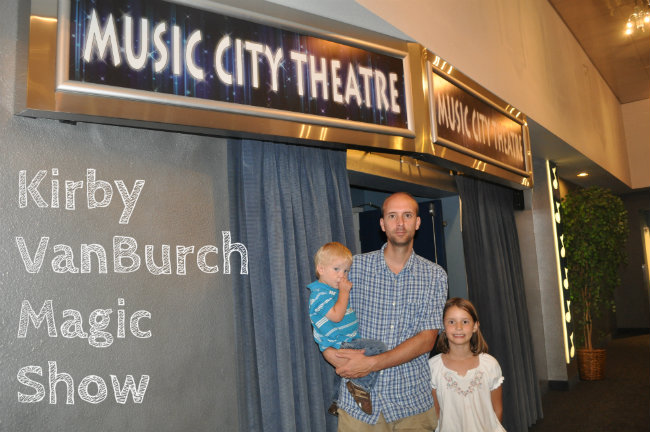 Here again there were no photos allowed in the theater and afterward they were only available with the entertainers for a price so this is it–the only photo.  We were indeed in the building where the show takes place!  Ha ha!

The magic in this show is incredible.  Kirby is called, “The Prince of Magic” and we could see why.  I loved that he was very clear throughout the show that we were seeing illusions–that there was no real magic going on. 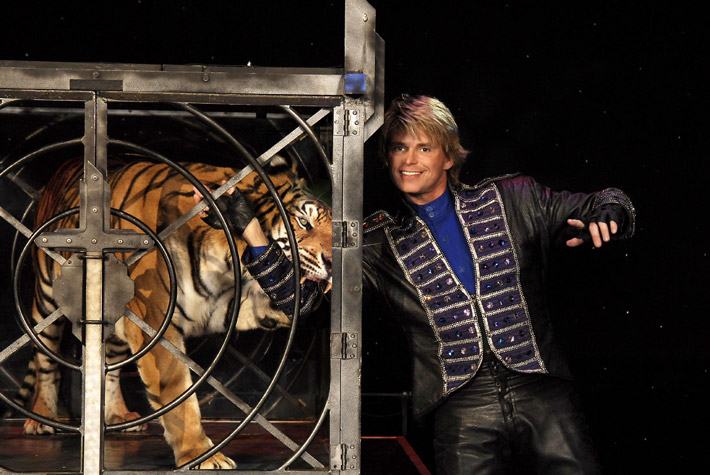 One of the huge things that drew us to the show was the inclusion of the tigers.  The show ended up starting a little late due to technical difficulties, and I wondered if something had happened with the tigers because we didn’t see very much of them.  That was a little disappointing.

Still the illusions were amazing.  In a few, I could anticipate what was going to happen, but try though I might, I could not see or figure out how they were done.  Kirby even tried to show us how he does a few things, but they were lost on me.

Kirby’s wife Bambi is also a magician in her own right and proforms several acts of her own.  I especially remember one where she seemingly decapitated some birds eww!  They were all back safe and sound with their proper heads in no time though!

At one point in the show Kirby had a kid come up to help him with the show.  Afterward, Kirby gave him several gifts including a lifetime pass to his show!  Nice touch I thought!

Personally, we were not huge fans of the dancing.  We found the costumes more revealing and the moves more sensual than we would have expected at a a family show.  That aside, we loved Kirby Vanburch.  It was unique, entertaining, and awe inspiring. 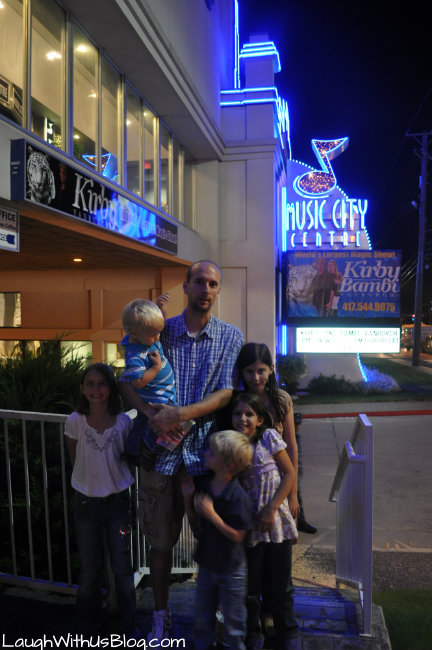 Here is my clan outside the theater after the show!