Thank you to Ubisoft for sponsoring this post. Please click here to learn more about Ubisoft. I was selected for this opportunity as a member of Clever Girls Collective. #UbiChamps

Over the summer I purchased Just Dance Kids for the Wii.  I was wanting to exercise but having a difficult time fitting it in with our five children  Why not exercise WITH them?  It was a great decision and for months the three girls and I would move to the music of the ABC song, Dina Blow Your Horn, and other fun songs.  My baby would jump up and down happily in the exersaucer and my four year old ran around as he pleased.  We have done it so many times that we have most of the songs and motions memorized.

The girls and I were so excited to hear that Just Dance Disney Party was coming out.  As it turned out we received our copy just a day after returning from our visit to the Magic Kingdom!  We could not wait to try it out. 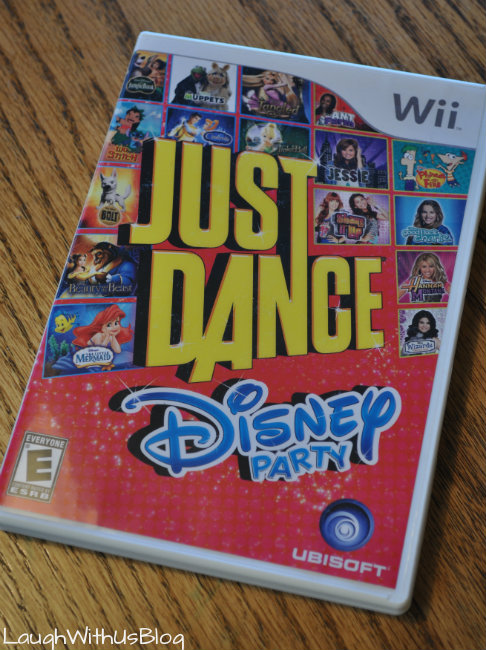 There are so many fun Disney songs on this game!  One of the first ones that came up was “It’s a Small World” and having just been on that ride at Magic Kingdom my girls ooed and ahed.  It was like reliving the ride!

Just like the Just Dance Kids, the Disney Party also allows 1-4 players.  That’s something we always look for.  My favorite added feature is the Non-Stop Party Shuffle.  No longer to I have to go back to the menu and click on the next song!  I can just set it at 15, 30, or 45 minute intervals–love this!

The girls really liked the freeze and shake mode.  During the dance it will either say stop or shake on your icon and you have to comply to get the most points.  Since I use this as a work out I’d rather not be stopping, but it is fun when just playing around.

Another exciting feature is the Balloon Pop Mode.  The kids have to move the Wii Remote to pop balloons for more points.  My girls love this feature!  Me?  I’m a little more about trying to get the dance moves learned than the added gaming features, but that’s why this is such a great way for all of us to have fun and get some exercise in all together.  Now I’m the one who does this with the kids, not my husband, but the kids are always wanting him to join them and finally he did. 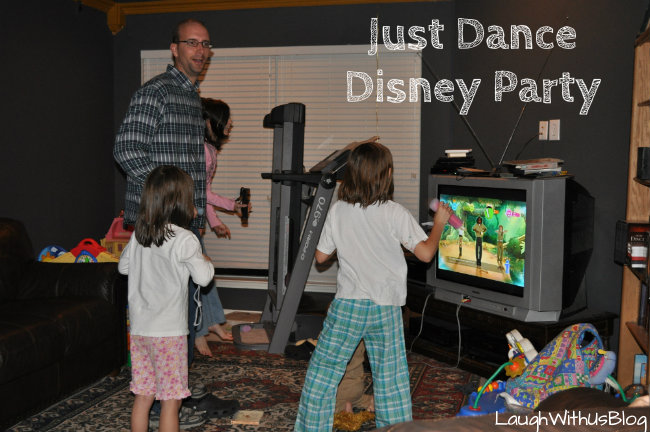 And I caught him on camera!  Here he’s complaining that I wasn’t supposed to take his picture! 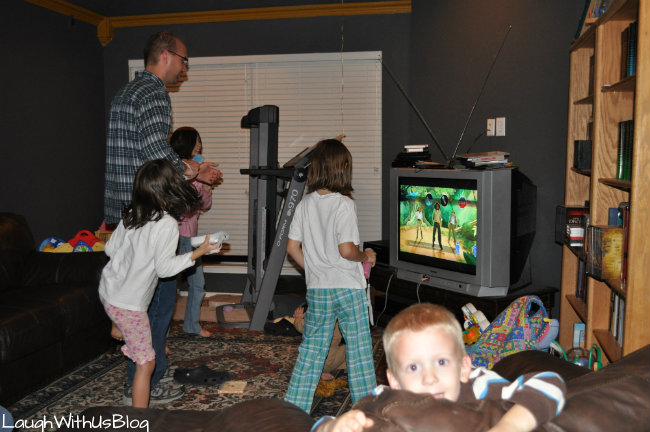 Here’s my four year old horsing around in the midst of things! 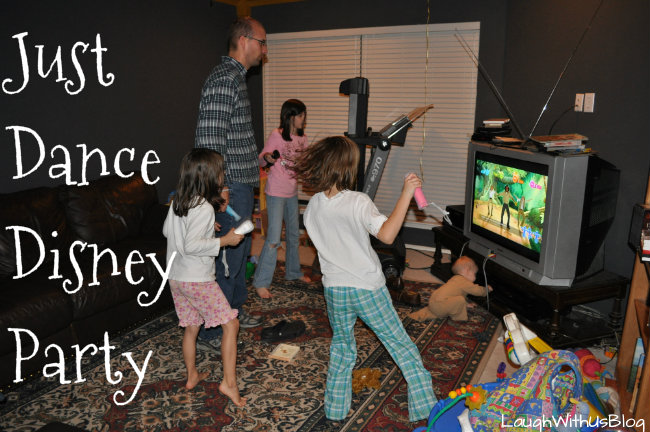 Don’t miss my little guy there by the TV.

With five kids things can get crazy with everyone running, jumping and dancing all at once, but life’s a party or a Disney Party in this case!

You can find Just Dance Disney Party on Amazon.

Disclosure:  I received one copy of Just Dance Disney Party to review.  I received no other compensation and there are no affiliate links.