After the Thursday night session with all five kids, we were happy to arrive at the conference Friday morning and leave the four older kids in The Battle for Truth kid sessions.  Two of mine were thrilled to be left and the other two a little timid, but we thought they would enjoy it once they began to feel comfortable. 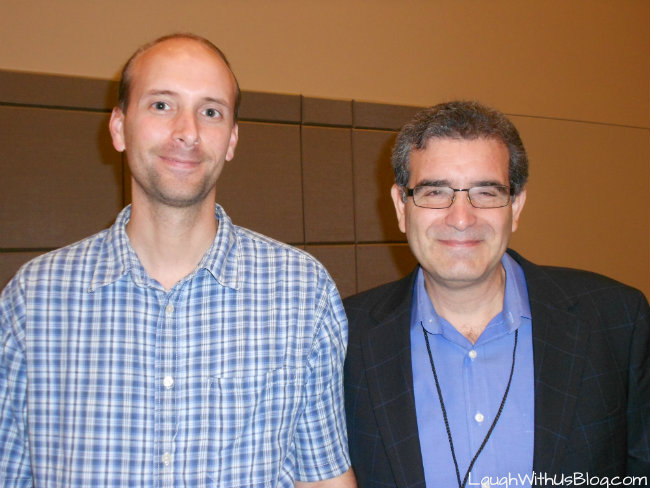 At conferences like this when there is a choice of workshops, I have learned to just let my husband choose and go with him.  If there is something I’m particularly wanting to do I’ll let  him know, but otherwise I’m just happy to be with him and he enjoys deciding which speakers to see.  So I had no idea where he was taking me when we walked into a room that was already about 1/4 full or so.  As soon as I walked in something didn’t feel right.  It was unusually quiet.  Then I began to notice people looking at me just a little oddly.  And THEN it hit me.  I was the only woman in the room!  “What session is this?” I whispered to my husband.

“I wish she came with an operator’s manual with Lou Priolo,” he replied.  Great!  I really wanted to stay with my husband; I like him, and I looked forward to spending that time together.  I found someone official and asked if I was allowed in there, and he said he thought so.  That was good enough for me!  And hey, I wanted to know what my husband was going to be told about me anyway!  Sure enough when the session started Lou began with something like, “Welcome men and lady!”  Ha ha!  I very much enjoyed hearing Lou speak.

After the talk was over we went up to meet him.  You know how I have a gift for always say the wrong thing?  Out of all the things I could have said to Lou Priolo what came out of my mouth was, “I’ve started to read your book The Heart of Anger about three times but never get past the first few chapters.”  Nice Esther!  I did go on to try to explain the reasons.  I usually go back to read the book when I see my children are having anger issues, but as I read the book I realize that I’m the problem.  I begin working on my own anger and things with my children get much better!  Anyway, still probably not the most brilliant thing to say to an author and I do need to go ahead and finish the book!