We finally made it over to Dallas to use our Jumpstreet Indoor Trampoline Park passes!  I had never even heard of a trampoline park before, but I knew the kids would love it.  What a great way to use up some energy! 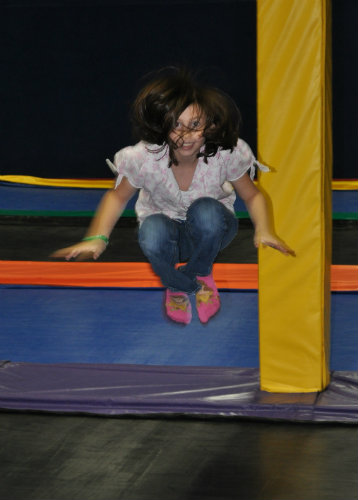 I wondered if they would tire of it pretty fast, but there was lots to keep them entertained.  They would run and jump for a while. 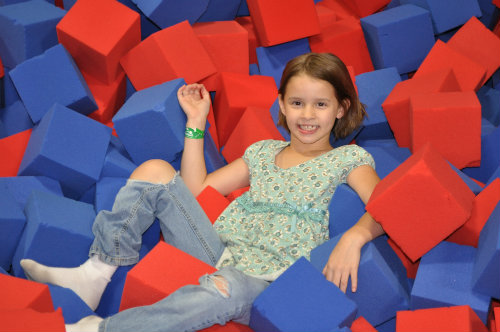 Then they took turns swinging on a rope and landing in the foam pit.  I think this was my two middle daughter’s favorite thing!  Jason had a blast playing Dodge Ball!  I laughed as he would zing that ball and get out all those little five and six-year-old girls.  Ha ha!  There were plenty of adults in there too though.  I actually had a hard time getting him out of the Dodge Ball court! 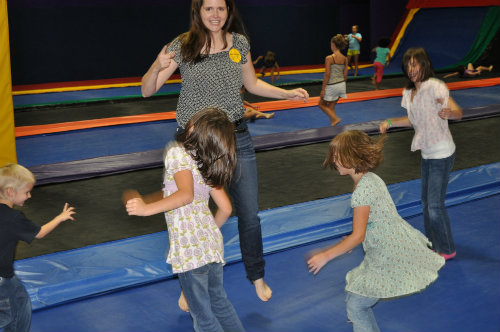 I held Bobby most of the time we were there; someone had to right?  But I did get in on the fun a little.  It’s probably a good thing that I didn’t do too much jumping because I am very out of shape!  Something I am tackling with enthusiasm now.  It’s great to feel good again!  (Those were some long months of feeling rotten after Bobby was born.  I just completed one month of being migraine free!) 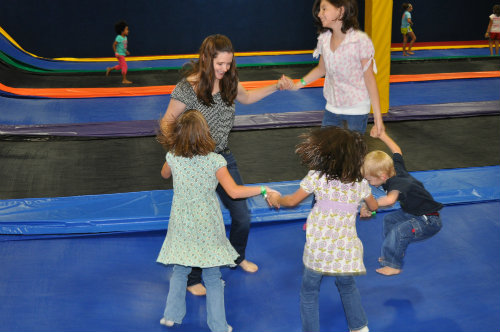 We had a blast!  I hope we get to go back soon.  Word has it that some additional parks will be opening a little closer to our area yea!

This was such a fun place!  Before your next visit make sure and print off a coupon good through 2012!