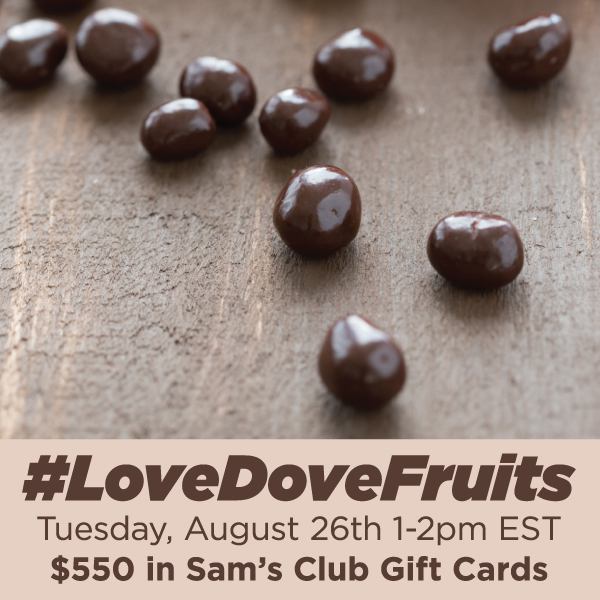 Do you love a good Twitter Party?  You know I do, and I am totally excited to host a party about delicious Dove® chocolate covered fruit at Sam’s Club!  On August 26th at 1:00 PM EST, please join me for the #LoveDoveFruits Twitter Party where we’ll be talking about our love of chocolate, sharing recipes, favorite pairings, and giving you the chance to win prizes!

Fruit dipped in chocolate fondue is one of my all time favorite desserts.  Fruit and chocolate are just the perfect combination!  Dove® Whole Fruit Dipped In Dark Chocolate makes it so easy to have that chocolate/fruit combo handy and on the go.  Yum!  Dove® Cranberry at Sam’s Club is currently at a reduced price.  It’s time to stock up!  Join in the #LoveDoveFruits Twitter Party and we will also let you know what is coming next from Dove®.

Join me and RSVP for the #LoveDoveFruits Twitter Party on SoFabChats!