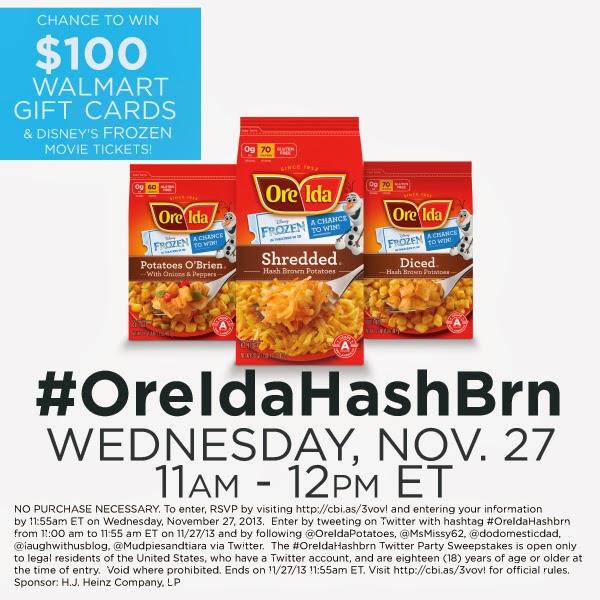 Did you know that hash browns are one of my favorite foods?  I love them any time of day.  Oh I get hungry just thinking about our family recipe for Cheesy Potatoes that I especially love with ORE-IDA HASH BROWNS with peppers and onions.  I am always looking for new recipes using ORE-IDA HASH BROWN POTATOES!  Come share your creative ideas with us at the Twitter Party!

*Tickets to Disney’s Frozen issued in the form of a Quantum Reward ticket.