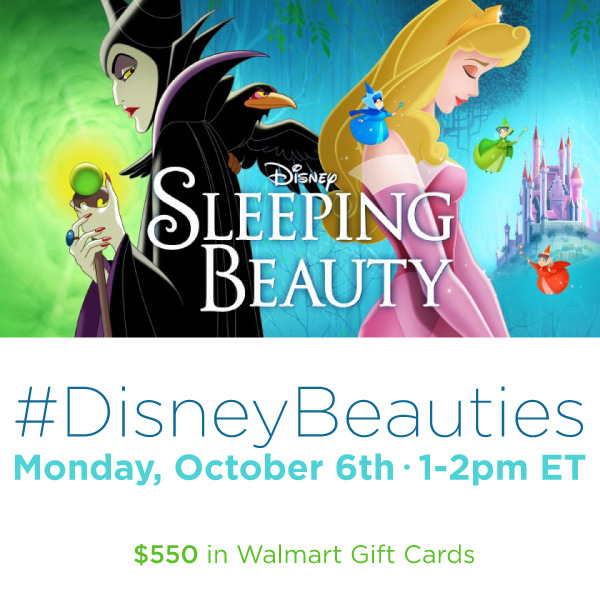 Do you love a good Twitter Party?  You know I do, and we’re excited to host a party to chat about Disney’s Sleeping Beauty!  On Monday, October 6th, at 1:00 pm ET, please join us for the  #DisneyBeauties Twitter Party where we’ll be discussing all things princess and giving you a chance to win prizes!

Who remembers watching Disney’s Sleeping Beauty when they were a child?  For most little girls, discovering the magic of a favorite Disney Princess is a key part of growing up!  From imagining themselves in the story, to playing dress up, to simply singing their favorite princess songs, Disney has been a fundamental part of princess moments everywhere!

I am so excited that Disney’s Sleeping Beauty DVD will be released again on October 11th!  My daughters keep asking me about princesses.  “If I were a princess would I still have to do all my school work?”  Ha ha!  But how fun to celebrate great school work with a Disney Sleeping Beauty spa night and party?  Make your Disney’s Sleeping Beauty memories with a trip to Walmart!   From the DVD itself, to toys and books, to the all important Princess costumes, you will be able to find everything you need for your princess celebration!

Ready for the fairy tale to begin?  Be sure to mark your calendar and join us for a fun Twitter Party fit for a princess!

Join me and RSVP for the #DisneyBeautiesall Twitter Party on SoFabChats!

TIP: Special deals and brand coupons? Keep that option checked when you RSVP for the party!