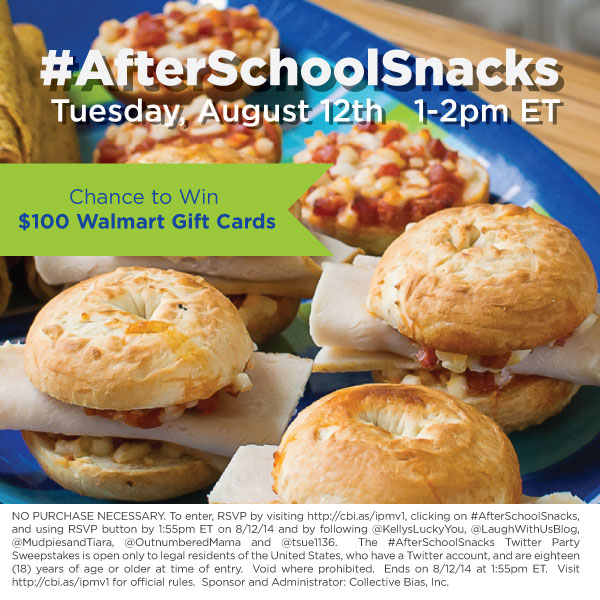 Do you love a good Twitter Party?  You know we do and we’re excited to host a party about back-to-school!  On Tuesday, August 12th at 1:00 pm, please join us for the #AfterSchoolSnacks Twitter Party where we’ll be discussing back-to school traditions, strategies, snacks and giving you a chance to win prizes!

I cannot believe it’s that time again.  Will we really be saying goodbye to summer in just a couple of weeks?  It will be back to the books.  Of course we all look forward to after-school snacks.  Bagel Bites® and Delimex® are great hearty, fun, delicious snacks.

Join me and RSVP for the #AfterSchoolSnacks Twitter Party on SoFabChats!

TIP: Special deals and brand coupons? Keep that option checked when you RSVP for the party!