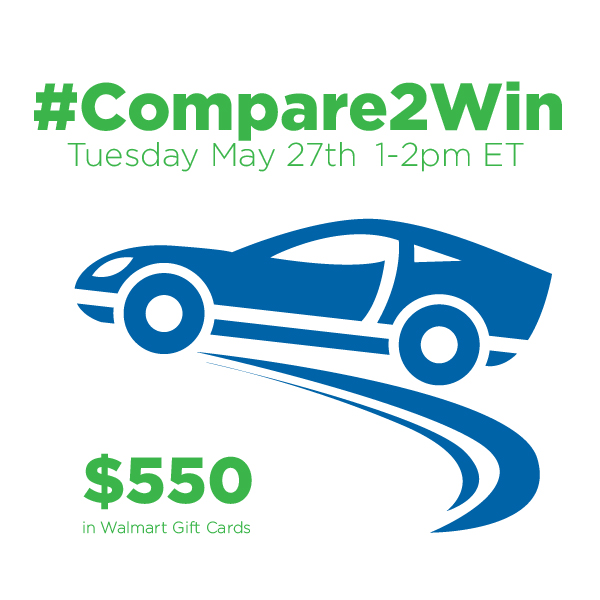 Do you love a good Twitter Party? You know we do and we’re excited to host a party to the wonderful services AutoInsurance.com has to offer! On Tuesday, May 27, from 1-2 pm ET please join us for the #Compare2Win Twitter Party. Where we’ll be discussing how AutoInsurance.com is a first-of-its kind to compare, and purchase auto insurance. Also help you saving time and money online, while giving you a chance to win prizes!

I am a brand loyal person.   That is except for the world of auto insurance.  It was a hard lesson to learn when I first owned a car to realize my insurance kept going up when there were much better deals out there.  Now we research every year before renewing.  I love that AutoInsurance.com makes that search so much easier! At AutoInsurance.com, consumers have see and  compare real-time quotes directly from top carriers, and policies can be purchased through the site or by phone with one of their licensed agents.   Join me for the #Compare2Win Twitter Party and learn more!

Join me and RSVP for the #Compare2Win Twitter Party on SoFabChats!