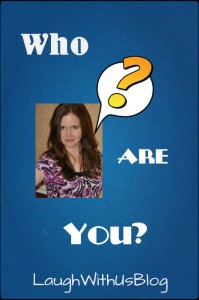 In the eight years since we moved to Texas I had never run into anyone from the past, until we left  our huge church to a tend a small church of about ten families!  The first day we visited we arrived at the church after it already started and tried to quietly walk in to the empty row.  I heard someone call my name after the service.  I turned around and the man said something like, “I thought it was you when you walked in!”  He must have seen some of my family photos come through Facebook because I’m told that I look nothing like I did in high school and college especially I would think on that day at nine months pregnant!  I got up to shake the man’s hand and smiled while my brain did a mad Google search as I inputted all the information.  He did look familiar.  His name was John.  He mentioned his wife’s name was Gwen…  Oh of course John and Gwen!  We were classmates at the small Bible college we attended!  I had actually run into Gwen in the blogosphere and found out she was in Texas, but had not seen her yet.  She posted a photo of us on her blog a while back.

Well, if that wasn’t surprise enough at the small church, another time I was talking to Annalisa over lunch.  We found out that we had both lived in Lincoln, Nebraska.  As it turned out her family moved away just a year or two before I got there.  “What church did you go to in Lincoln?” I asked her.

“Oh we went to this small church that you probably never heard of…Holmes Park Bible Church,” she said.

“Are you kidding me?  That’s the church Jason and I went to!”  We couldn’t believe it.  It’s the same church that I mentioned in my first post in this series!  It was so fun to talk to her.  We knew all the same people.  It’s indeed a small world!