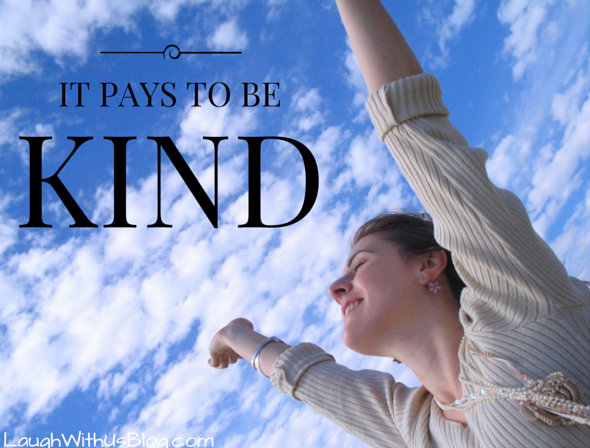 I try to be kind when people are rude around me.  I try to smile and move on purposefully giving them the benefit of the doubt. Maybe they had a bad day. Maybe they didn’t mean it the way it sounded. Maybe they were completely oblivious to how something made me feel.

Then sometimes it feels like you’re being walked on, trampled maybe.

It was the end of a long day at a crowded theme park with the kids. We stood in line for a show and when the doors opened the crowd rushed in. I struggled to keep our family together and did very well up until we got to the bleachers going up. Bobby was walking with me and his steps weren’t fast enough. There was only one empty bleacher separating our family but that was enough for a lady to get in in front of me. I didn’t think too much about it until she followed my husband to his seat and sat down next to him. Then she looked back and tried to save seats behind her (where I was standing) for the rest of her family who had not cut in. “I’m sorry, but we’re with him. That’s our family,” I pointed to my husband and kids beside her.

“Excuse me,” I said meekly.

The lady walked past me muttering all the way. Then she filed in behind us saying all kinds of things about how rude people were these days and on and on. I don’t know what came over me. I’d had enough of people treating me so rudely, and she was being so ridiculous, so junior high that I found my self saying (wait for it) “I know you are, but what am I!” in the stupidest voice I could muster.

The lady quit muttering. Had I not been so ashamed I would have died laughing. What was wrong with me? There I was acting like that in front of my children. What kind of example was that? 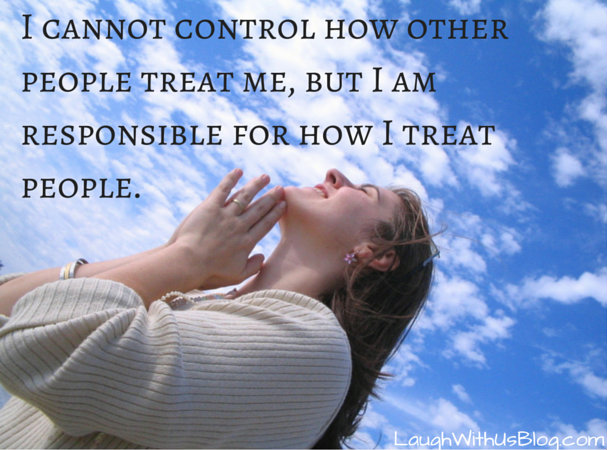 Then I heard my own voice in my head telling me all the things I tell my children when they are unkind. I cannot control how other people treat me, but I am responsible for how I treat people. I swallowed my pride, turned around and apologized. You know what? The instant I began to apologize the lady began apologizing too. Wow! She was probably just a tired mom at the end of a long day too. I felt so much better! It does pay to be kind. Though we don’t always see the fruit of it, there is Someone who does!

Still, I won’t be forgetting this anytime soon.  Ha ha!