As I was looking for a main dish for my St. Patrick’s Day meal I found Coddle.  I read several recipes, but I liked bits and pieces from many so I decided rather than follow a recipe I put together my own.  That’s the fun of creating recipes isn’t it? It turned out to be my favorite new dish that year!  I read that traditionally Coddle is simmered on the stove in a dutch oven, but I liked the idea of browning the sausage in the oven so I went with baking it. 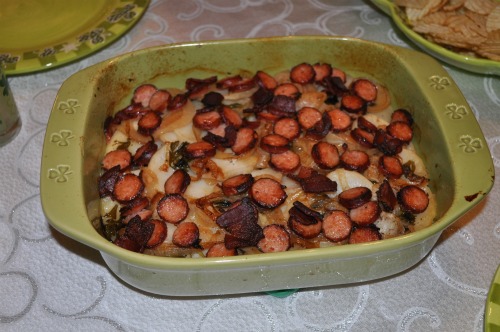 salt and pepper, to taste

In a 13×9 inch pan layer potatoes (sprinkled with salt and pepper), onions, parsley, bacon and sausage.  In the microwave heat the apple cider to boiling, pour it over the potatoes and bake covered at 350 for one hour removing the cover the last 15 minutes. 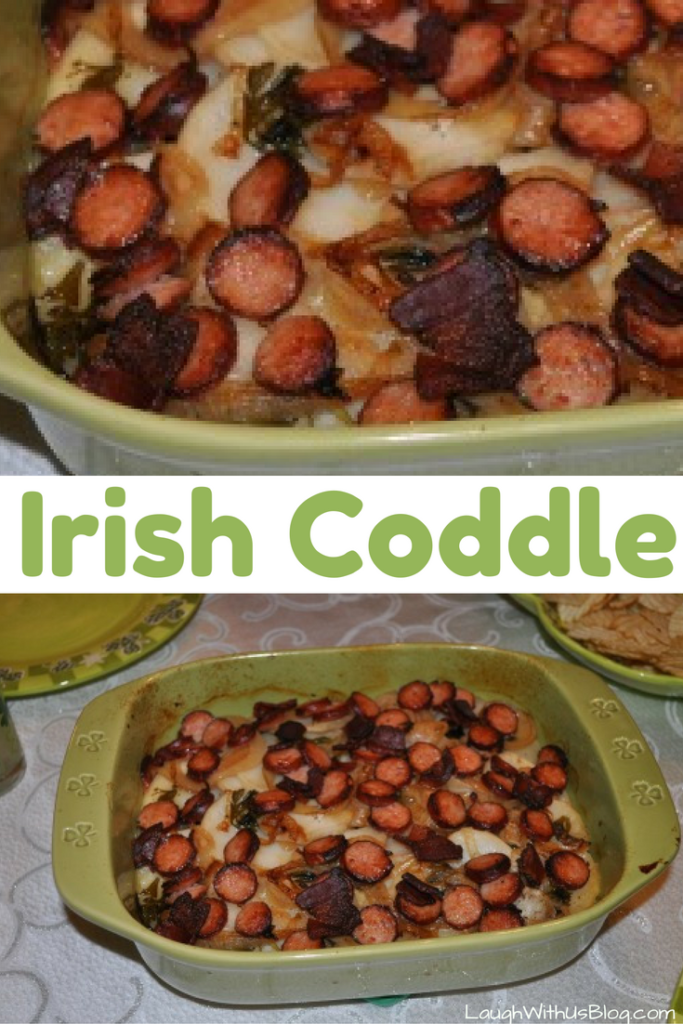 Yum!  We loved this so much I’ve made it again and again! It’s the perfect addition to your St. Patrick’s Day meal or great any day!