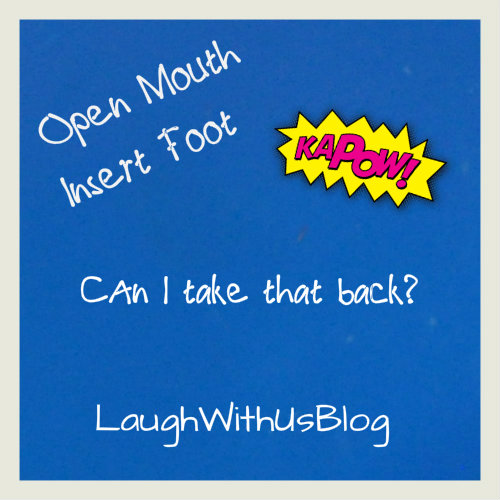 Oh the things I’ve said that I wish I could take back.  Shocking they are, the words after my ears hear them, and I realize how they must have sounded to others around me.  Many are the times I wish I could crawl into a hole.

I was thinking about such an incident from my college days.  Suffice to say the college years were not my favorite.  One year I dated a basketball player who I’ll call John.  Looking back that year was probably the most fun.  Going to all the home games and traveling to most of the away games, it was the only year that I really felt a part of things on campus.

Anyway, the guy I dated was the starting point guard.  He had had a particularly bad game and was very discouraged.  I was trying to cheer him up as we strolled around campus that evening.  While we were walking we crossed paths with an acquaintance of mine and her boyfriend.  In my effort to encourage John, I gushed to my friend about what a wonderful player John was and how I was so proud that he was the starting point guard and on and on I bragged.

It wasn’t until later after pondering the look on the girl’s face as she walked away, that I realized her boyfriend who had been standing there was also on the team…and not a starting player!