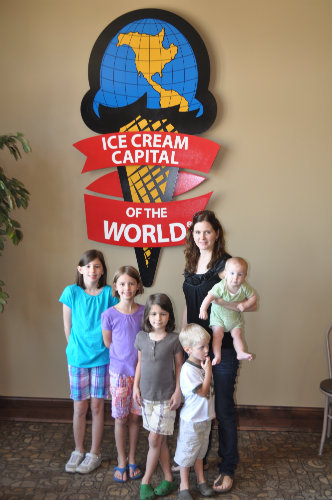 On the drive from Jason’s dad’s cabin to his home in Nebraska, we went through Le Mars, Iowa.  When we lived in Sioux City we had gone through the Blue Bunny museum a couple of times and loved the Ice Cream Parlor.  I remembered that they gave huge servings!  I was excited to take the kids.

As we drove up to the museum, it was obvious the place was deserted.  We almost went on, but decided to stop and ask someone about it just in case.  Sure enough they had just moved to a new location.   Now ice cream parlor is much bigger and contains an upstairs with info about Blue Bunny.  There is no longer a separate museum or fee to view the historical information. 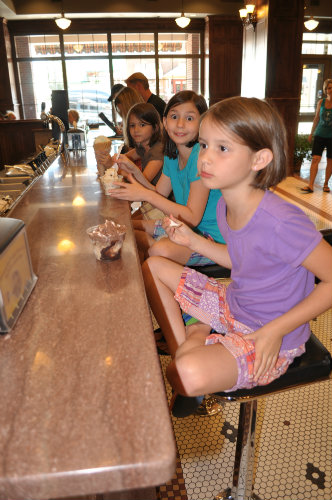 Our children were so surprised they could choose two flavors when they only ordered one scoop.  What fun to see their faces as they were handed a huge ice cream cone.  So fun! 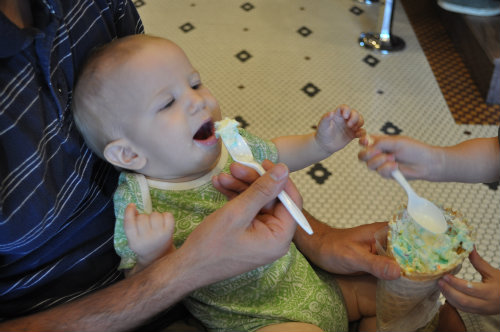 Bobby wanted some of that white stuff too and boy he was mad.  You just couldn’t get it in his mouth fast enough.  I just know he thinks we’re holding out on him.  I guess we are! 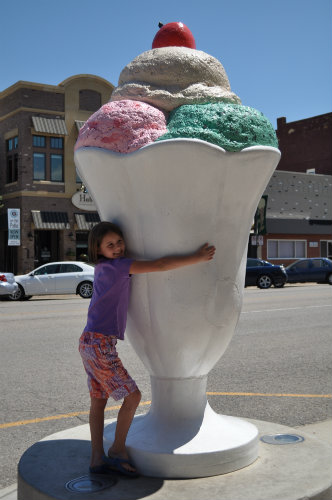 If you’re ever traveling by Le Mars, Iowa, I highly recommend stopping by for some ice cream.  I know you’ll be glad you did!