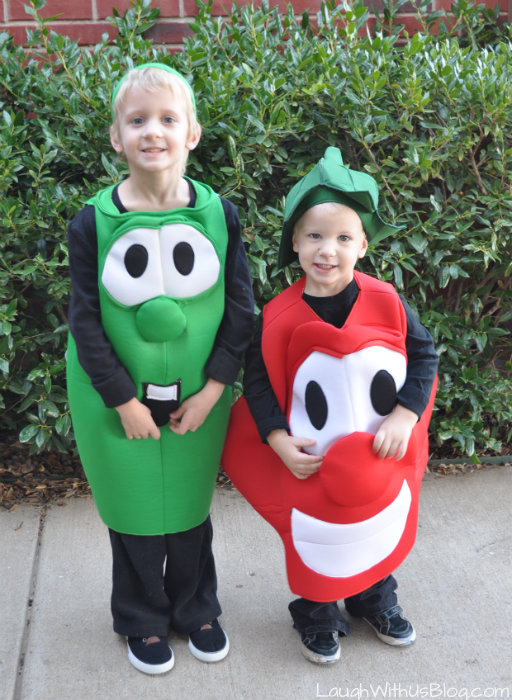 On that last day of October I hung out with Bob and Larry!!  I had to take their photos separate from the girls because they are of course a duo, but when I posted the photo on social media I think some were offended for my girls who were not included.  Apparently if you’re not Bob or Larry you don’t rate this year!  Ha ha.  I actually meant to post the photo of the five of them too, but just got busy. 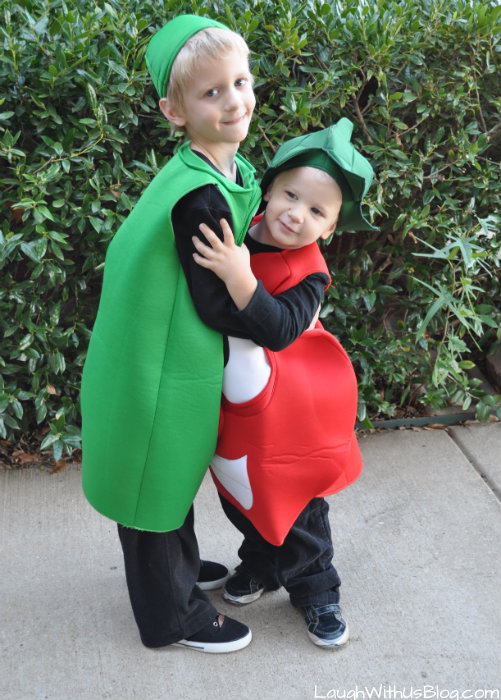 What to do on that day was quite the question.  When we belonged to a big church that put on a fall festival every year we loved spending our time there.  But when we were no longer a part of that church we began going candy collecting door to door.  I mean if you’re a kid and there is a day that you can put on a fun costume and get free candy by knocking on a door…what kid wouldn’t want to right?  So we have done that the last couple of years. 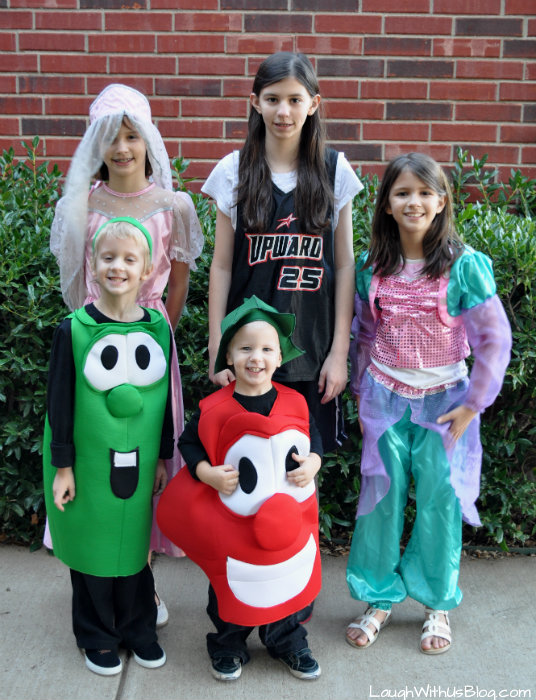 This year friends invited us to their church’s fall festival.  My kids really wanted to go.  The prospect of all the fun and games and meeting up with friends was so exciting.  So the kids all dressed up.  Besides Bob and Larry we had a mermaid costume that we’ve used for several years.  I found that costume for $2.99 one year at The Children’s Place.  The princess costume we found in a box of give away clothes for my girls.  And the basketball player was of course a basketball uniform.  I found Bob and Larry at Mardel for $5 each one time and just couldn’t pass them up.

I know a lot of people really plan their costumes for that day.  Us?  About an hour before time to go we ran to our costume closet and found whatever might work.  Ha ha.

The kids had fun at the festival.  Little Jason my six-year-old never had so much in his entire life.  I mean he lived it up!  The only complaint as we drove home was that every child only had 3-5 pieces of candy.  I promised to get them some candy when it went on sale at the stores and everyone was happy!