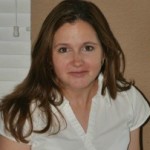 Since bringing Bobby home, keeping up with my usual tasks has been a challenge to say the least. I had had a particularly tough day with the kids and was pleading with my husband Jason to help me figure out how I can do everything I am suppose to be doing. I ran through my basic list of homeschooling, cleaning, cooking, excising, laundry, and baby explaining all of the challenges of each. Okay, I was unloading!

His advice? Have everyone wear the same clothes for at least five days straight. Eww! No really, he is still defending this! The problem is that I’m the one that would be left in the house to smell everyone. Ha ha!

Thankfully the next day went much smoother though there was still a lot left undone. I am coming to terms with the fact that our homeschooling routine that used to work so well needs some tweaking only I’m not sure how or what or where.  How in the world does one do it all?  How do you know what to leave out?  Prayer and wisdom welcome!