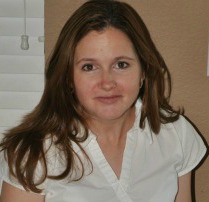 We hadn’t seen any evidence of the mouse around the house in a while. If you missed it, our little tale began with Sightings and Hauntings. Hmm, maybe it left we hoped, knowing it was highly unlikely. We’ve been so busy that we’ve just been glad that it was gone.

That is until we began moving things around the garage. Aha! Evidence was everywhere that it had found it’s new home and was making itself comfortable. With abundant dog food and free access to the trash can this little mouse was all set!

We covered both the dog food and trash can and after reading all of your advice on how to catch mice we finally combined all of it. We put peanut butter on the $1 traps and put chocolate on top of that. Then we surrounded that with glue traps close to the trash can in the garage where it had been getting its food. It was a sure deal!

The next morning Jason mournfully said, “Well, we caught the mouse–poor little thing!” Sure enough there it was. The chocolate missing from the not yet sprung trap and the live and very fat little mouse caught on the glue trap. I declared it inhuman to let it starve to death so my hero killed it with a board.  It was a tragic way to die…even for a mouse!

So that’s that…we hope! We’re not taking any chances though; we have an identical trap set again tonight just in case…