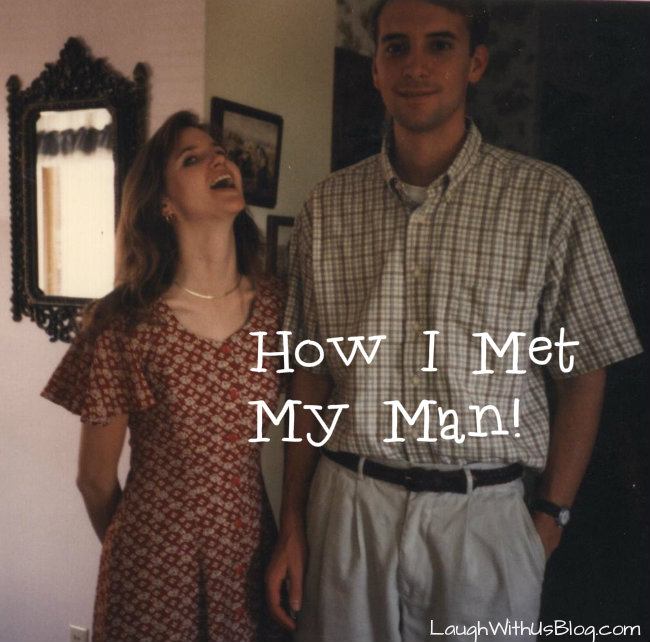 I was out of college and teaching at a small Christian school in Lincoln, Nebraska.   Everyone seemed to think that it just wasn’t right that I wasn’t married yet, and they all knew of someone that I just had to meet.  At first I was horrified.  I had been set up on one date in my life, and it was awkward at best.  No way.  I was not interested.  After about a year of this, though, I wizened up because, although everyone had someone they wanted to introduce me to, no one ever actually introduced me to anyone.  So I changed my standard response to, “Sure, I’ll meet him.  When?  Just let me know.”  Then I’d go on my merry way laughing at my little joke.

Then I met Sherri Bossard at a grad class at the University of Nebraska, and she was the exception.  She kept mentioning this Jason.  I was sure I wouldn’t be interested—after all, he was four years younger than I.  But Sheri was so much fun and I loved being around her family, so I readily agreed to have dinner at her house and meet Jason.

On that fateful evening I rang the door bell and entered the house.  In the living room sat Sherri’s husband and their three sons and Jason’s dad and his four boys.  Not one of the nine said a word, and the only one not staring at me was Jason.  Evidentially Sherri had really talked up my “nice personality,” and told them that my name was “Esther” which (much to my mother’s indignation later when she heard the story) did not sound very appealing to them.   Looking back, I think Sherri really did me a favor because it wouldn’t have taken much for me to exceed their expectations.  Well, since everyone just kept staring at me and no one was talking, I excused myself to help Sherri in the kitchen.

I enjoyed the meal, as I always did at Sherri’s house.  After supper the boys were all going Go Carting.  It was the Friday after my week of teachers’ meetings, and in all honesty I was exhausted, so I didn’t join them.  It had been a pleasant evening, although Jason didn’t say much.

A few days later I was surprised to get a phone call.  “Hi, Esther.  This is Jason.  I met you the other night at the Bossard’s.”

“I remember you,” I replied.

“Good!  I was wondering if you would like to go out to dinner with me Friday night, say around 6:00?”

“Really?”  He sounded shocked.  (How sweet, I thought.)  “Ok.  Great!  Bye.”  And he hung up.  I was so surprised that he hung up that I actually stood there looking at the phone for several moments.

More from our love story: Our First Date.