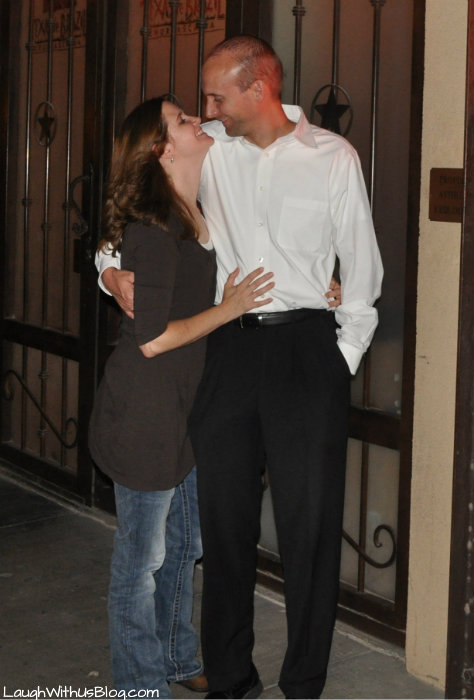 Having Bobby at 4o I expected things to be more difficult, but recovery and weight loss was even more difficult than I expected.  For the first full year after he was born I felt bad with one thing and another.  In fact that year is kind of a blur.  I still had to function.  I had five children to take care of.

I only began to regain my energy when I weaned Bobby at around one year old.  I planned to have him weaned in time for my trip to Peru.  Well, soon after I arrived home from Peru I was shocked to find out that I was once again expecting, but as you know that pregnancy took us on a roller coaster ride ending in a miscarriage.  So I spent a good year and a half not feeling very well.  I took it one day at a time and made it through each day, but I was shocked to realize one day that my baby was a year and a half, and I was still seven pounds heavier than I was pre-pregnancy.  I started out pretty skinny when I had my first child and gained about two pounds with each child, but SEVEN?  My children also reminded me often of my weight gain in ways only kids can.

So finally over the summer, I got serious about losing the weight.  I did it the same way I lost weight after every child–the only way that has worked for me to lose the weight and keep it off.  I started walking/jogging on the treadmill.  I would shoot for six days a week, but usually only ended up making five.  The first week I walked two miles a day at four miles per hour.  The next week I increased it to four miles a day.  I walked/jogged four miles a day five days a week increasing speed a little each week until I lost the weight.  I spent about an hour a day on the treadmill.

Once I lost the weight, I initially kept it off by Just Dancing with the kids.  We have two of the Just Dance Kids Wii games.  It’s fun for all of us to exercise to songs like The Chicken Dance, The Alphabet Song, and other silly songs.

Since school started in the Fall, we have been so busy that it’s been hard to fit our exercising in and find that it gets left out most of the time.  So far I haven’t gained any of the weight back though.    I’m not as skinny as I used to be, but actually at my age, I feel pretty good!