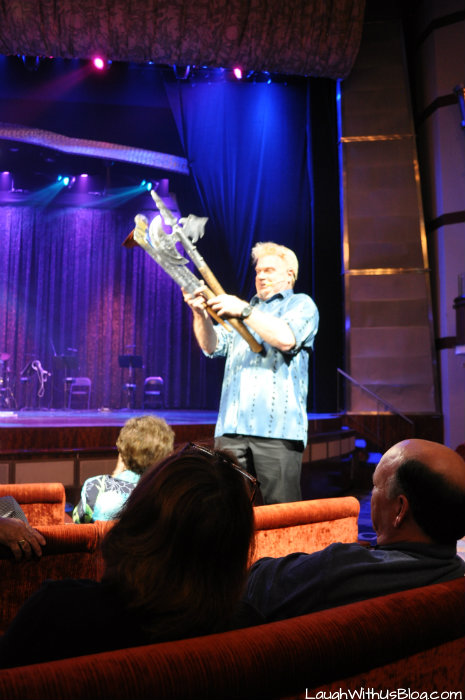 We had so much fun on our Alaskan cruise aboard the Celebrity Millennium.  So many fellow Christians I have talked to about cruising seemed to think there would be nothing for Christians to do aboard a cruise ship.  I tell you what.  We were never bored.  There really were all kinds of events in the schedule each day to appeal to pretty much anyone.  There were 3-5 people in the pool at any given time so this was not the party crowd that you see in some ships.  While we skipped the dancing shows–not our thing, we really enjoyed the comedy and magic shows.  Chipper was a real hoot!  His main shows were completely family friendly.  Don’t make the mistake of going to a late night comedy show though if you’re looking for family friendly.  We learned the hard way! 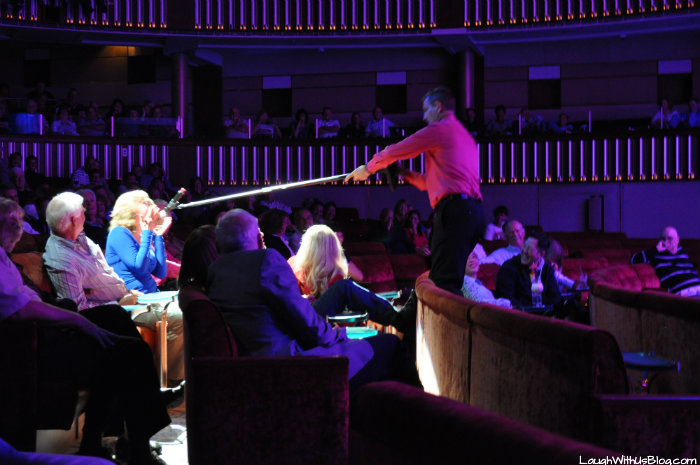 Our favorite entertainer was Fred Klett.  We absolutely loved him.  If he is not a Christian then he certainly came from a Christian background.  We could very much relate to his stories and jokes and they were all clean!  We laughed the entire way through his show!  At one point in his routine he began talking about how men just wouldn’t know things if they had never gotten married.  He gave several hilarious examples.  Then he said something like, “Take the other night on the ship.  I over heard the husband saying, ‘Honey, I’m hungry.’ and his wife told him, ‘No, you’re not.'”  My husband looked at me.  I elbowed him.  “Again the husband said, ‘I’m hungry.  I want to go get something to eat.’  Again the wife told him, ‘No, you’re not.’  It’s so lucky that man has a wife to tell him when he is and isn’t hungry!”  Ah ha ha.

Now it is very possible that my husband and I are not the only ones to have had this conversation, BUT Jason was completely joking that time while we were walking up the stairs having that exact conversation.  We had eaten so much that day.  We were both stuffed.  Jason was completely joking, and I was not falling for it therefore telling him he wasn’t hungry.  There was actually someone behind us laughing who called something out about letting the poor guy eat, but I just ignored him.  And that’s how I got into Fred’s comedy routine or at least that’s what I think.  It was too highly coincidental and well, y’all know my track record for falling into these kinds of situations.  It HAD to be me.

Here is a clip of one of his shows.  If you love good, clean comedy check it out!

And so this was the final night of our cruise.  It was over.  Done.  Seven whole nights that I had dreamed and longed for all those years were over.  It was kind of sad to wake up and leave the next morning but we did have a couple of fun things left in Alaska before heading home…