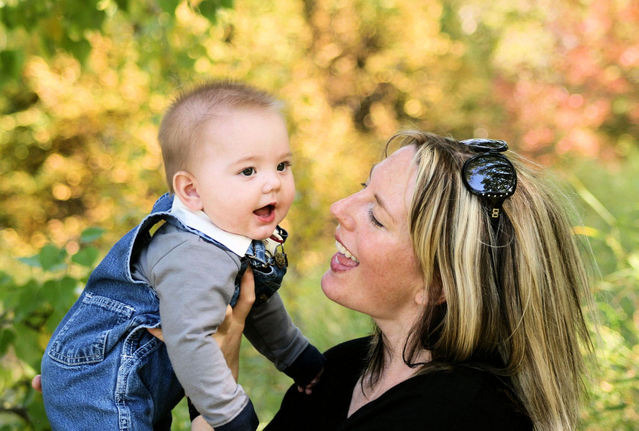 I showed up to church a few weeks ago not a little proud in my new dress. If I’ve only worn it twice before, it’s a new dress – so what that it’s eight years old. After three more kids the important thing is that it fits me…again, but this is all beside the point.

My four and six-year-olds got out of the van holding a “goodie bag” each that was meant for a specific friend. As I was “explaining” to them that first of all I didn’t say they could give all those toys away, and second of all it was not kind to all the other children to bring only a toy for one, I looked up and there was my youngest stepping out of the van all by himself. I yanked on the back of his shirt on his way down just doing enough good to break his fall a little as he hit the pavement face first. I snatched him and began loudly laying into my oldest for “pushing” him out of the van and looked accusingly at my husband asking him what exactly he had been doing all this time. “Nice save.” he said.

I was feeling somewhat justified in my ranting, but as I walked into the church I hoped no one had seen (or heard) my outburst. I settled into my pew for the sermon written just for me. Some one might as well have yelled, “Ready. Aim. FIRE.” and pointed right at me. The text was Ephesians 6:4 “Fathers (mothers in my case,) do not provoke your children to anger, but bring them up in the discipline and instruction of the Lord. ” I walked in angry and self righteous. I walked out broken, humbled, forgiven, and with renewed hope.