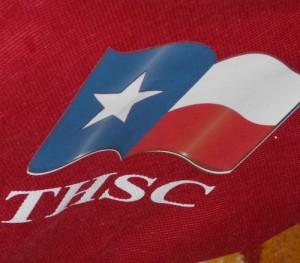 About four days after we got back from our road trip to Iowa to see family, we loaded back up and headed to Houston for the Texas Home School Coalition Southwest Convention and Family Conference.  We went last year and had such a great experience that we decided to go back this year even though it would be a little crazy having just come home from another trip.

The first few sessions were on parenting and we figured we could use all the help we could get!  The evening speakers were first Zan Tyler who paved the way through the court system making homeschooling possible for so many others.  I enjoyed her story.  Voddie Baucham spoke last challenging my reasons for homeschooling.  I really enjoy people that make me think!

As my husband likes to do things a little last minute, he decided late the evening before that he wanted to get up early and make it to Houston in time for the early optional sessions that began on Thursday at one  o’clock.  That was all fine, but I asked my husband if he realized that we would have five kids with us for seven hours of sessions with only a supper break.  On Friday and Saturday we signed the kids up for the kids’ sessions, but this wasn’t an option on Thursday.  He thought it would be fine.

Let me tell you that I still can’t believe that all five of our kids sat quietly the entire day!  They have all been sitting in church with us all summer so they are used to doing that once a week for about an hour and a half. That and the fact that we promised them dessert if they did a good job probably made it possible.

I thought it was hilarious though that about half way through the sessions we were standing in the hall way during a five minute break my husband said, “Seven hours!  I’m making these kids all sit still for seven hours.  What was I thinking?”  And there is the question now isn’t it?  But apparently it was sound thinking because they did great.  We felt like great parents.  It’s so nice…for a change!