One of these days I’ll realize that I just can’t do everything I used to be able to do…or will I?  Jason asked for a taco dinner with all the fixings and a banana cream pie for his birthday.  My gift to him, at least in part, is the desired meal made with love.

On the morning of his birthday as I was homeschooling, cleaning, doing laundry, and taking care of my younger children, I set out to cook my beloved’s birthday meal.  I cut up and  marinated the meat and put on a pot of beans and that is as far as I got throughout the morning.

In the afternoon I began the pie, from scratch, just like he wanted.  It was getting later and later, and as I dealt with one battle after another with the children I began to lose heart.  I needed help, but none of the kids wanted to help me, and I didn’t have the energy to make them.

Jason got home.  With tears streaming down my face I told him all I had ready was a pot beans and a banana cream pie.  “Sounds great!  Let’s eat!” was his genuine reply.  I apologized and told him a little about my day.  Encouraged I gave Bobby to him and said that if he could take the kids for an hour I could at least finish the tacos. 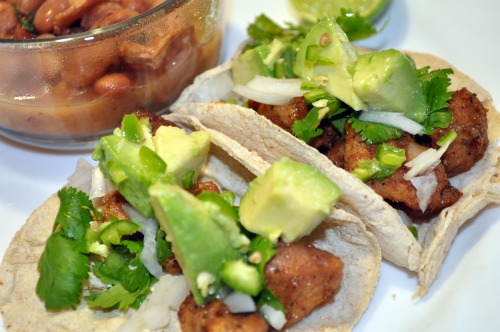 We were all glad I finished the tacos.  This is one of our favorite meals.  I made my Pork Taco Meat recipe slightly different.  After I browned the meat I simmered it in 1 1/2 cups pineapple juice until the meat was cooked through and the juice completely evaporated.  Yum!  I didn’t get to make the rice, guacamole, and homemade salsa that I had planned, but my husband was happy and that’s all that mattered. 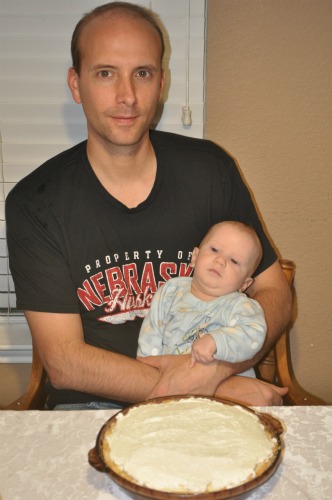 Of course he still got his banana cream pie!