Happy Birthday to my fourth born child and first boy Little Jason. This kid has grown up on my blog. When I began this website way back in 2010 he was just a baby. Sniff! I’m late getting this celebration out on my blog, but I do want the record of it here even though I’ve been crazy busy, and am so far behind. There is the hope that I’ll catch up! 🙂 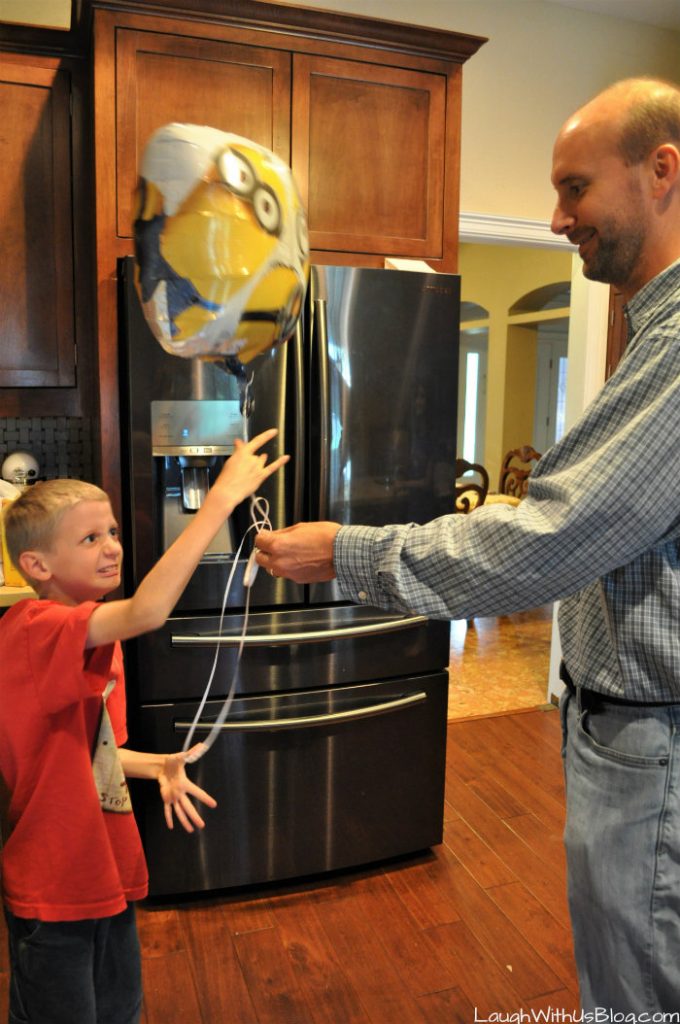 This crazy kid takes after both his dad and I. I think he inherited the crazy from both sides. Ha ha! I love how he is just himself no matter what anyone else thinks or even if everyone else is doing something different. He is my out of the box thinker, and that is definitely like his dad. Maybe he will be an engineer someday. When it comes to laughter he is all me. He laughs nonstop and in the worst of times as well as the best of times. I understand him…but now I also understand how I got on people’s nerves at times. Ahem. Trying to homeschool a laughing hyena is impossible. 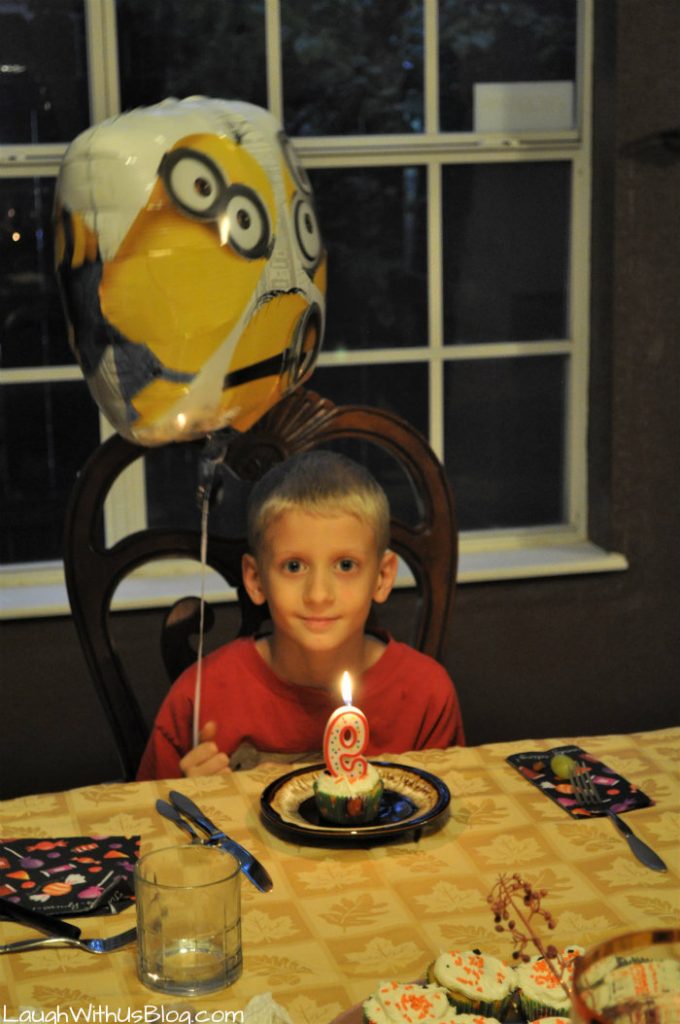 Little Jason wanted a family gathering for his birthday. It was fun to have my parents and sister’s family over. This kid is not a foodie. He is my pickiest eater, but he also likes somethings that no else will eat, no surprise there.  For his birthday meal the only thing he wanted was a Jalapeno Cheese Ball and cupcakes. 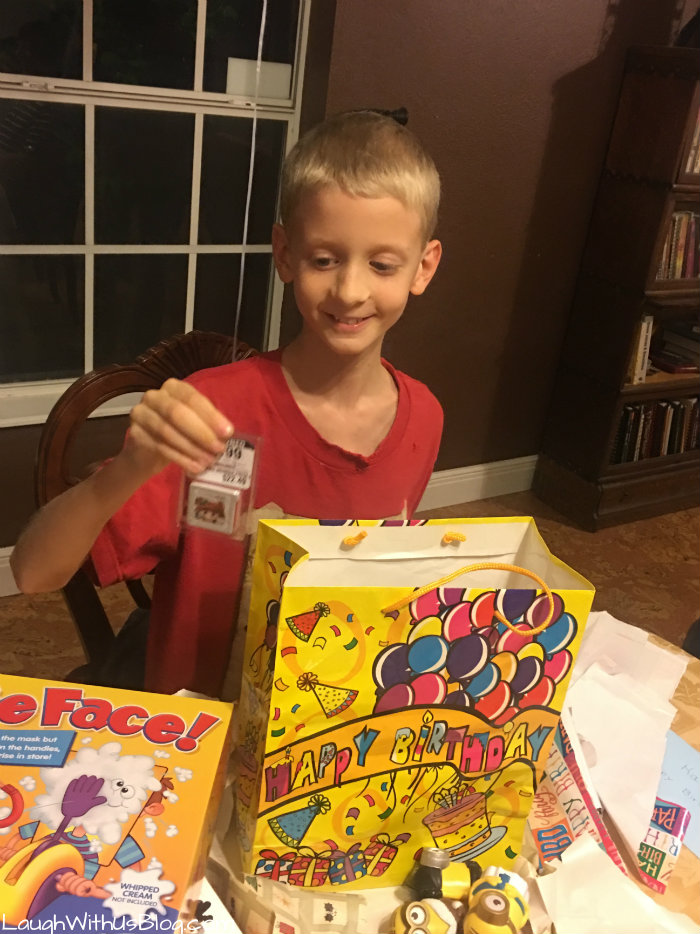 Gifts are only a small part of our birthday celebrations, but my boy was thrilled to get some Minion toys, DS games, and the long awaited Pie Face game. Great times!

Little Jason’s 8 year brought him so many difficulties with two hospital stays on with a rare infection and another time with a virus that was shutting his body down. I am so glad he is still with us and made it to age 9. One great thing that came out of this time was a closeness between him and his younger brother. Before they were worst enemies and how they are best friends. It has brought me so much joy! Happy 9th Birthday Little Jason!