It’s hard to believe this little dude is six years old!  I know, I know I say it every birthday.  I didn’t want to disappoint.  His birthday crept up on me.  We have four children officially homeschooling this year and it’s work, work, work!  I had planned to do last minute shopping for his birthday the day before, but as I told you my van was in the shop so my grocery shopping choices were limited at the CVS. 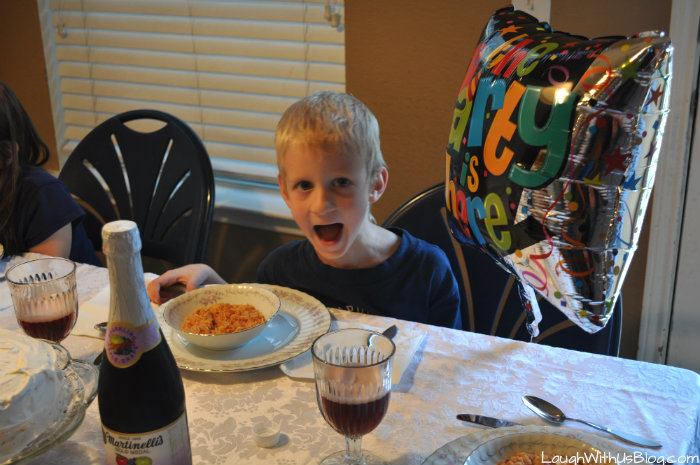 Surprisingly, I had at home everything I needed to make the requested Sopa and Jalapeno cheese ball.  I even had sparkling grape juice that I had found on sale.  Special drinks are always a must on birthdays!  Normally, I try to buy the birthday kid’s favorite fruit or a couple of more things, but Little Jason didn’t seem to notice. 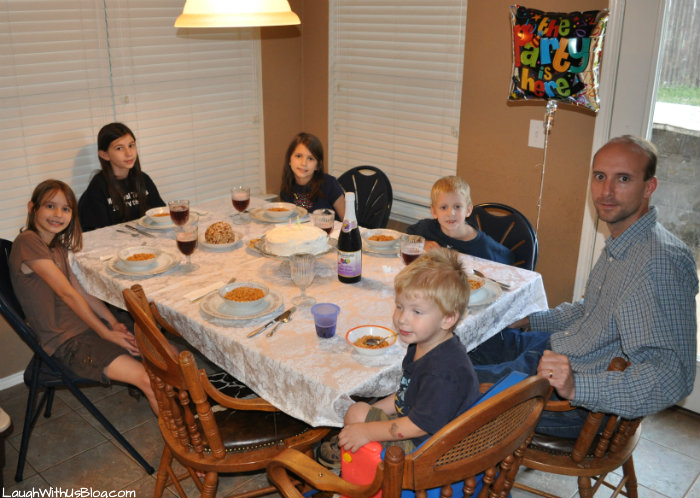 My dining room is covered in books right now, so we ate at our kitchen table.  Poor Little Jason ended up with a fever that evening and didn’t really eat much.  I told him we could postpone his “party,” but he would have none of that. 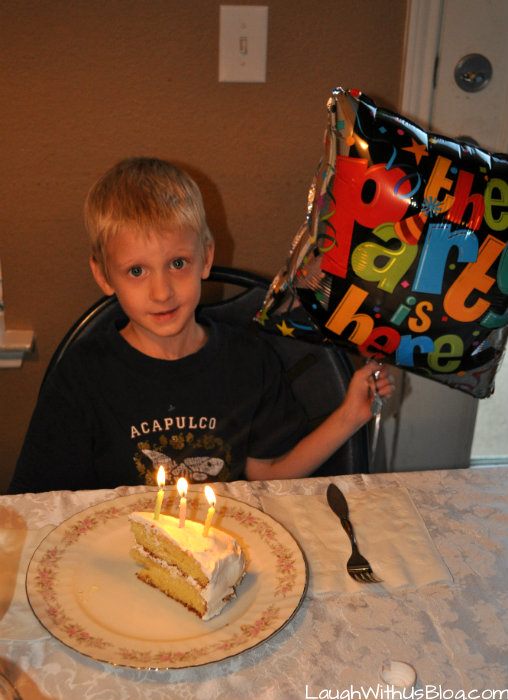 Since he was sick, we didn’t want him blowing all over the entire cake, so we cut a slice for him and put the candles on it. 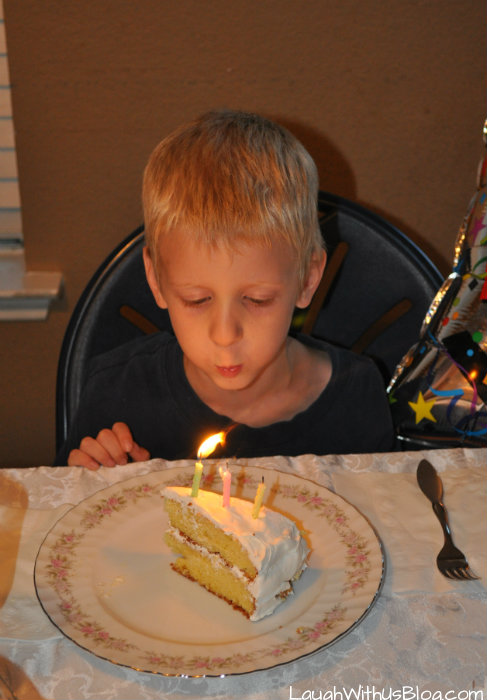 As it turned out, candles were the one thing I didn’t have!  I could only find three in the entire house.  I told him we were working on his addition facts and had him blow three candles out twice.  Ha ha.  He thought that was great fun. 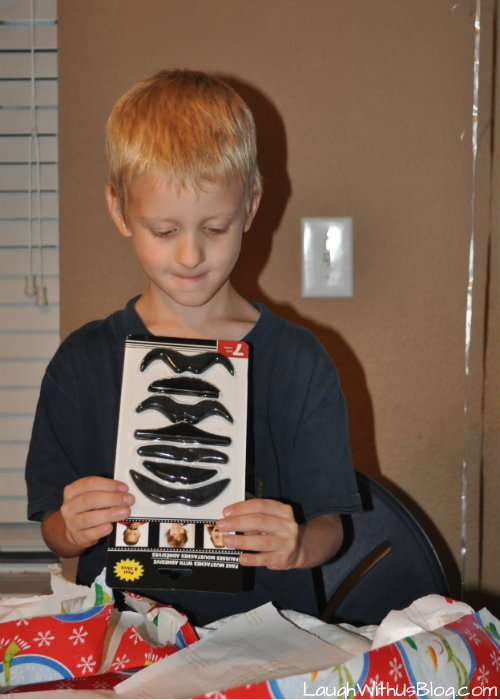 Then he opened his gifts.  Jason and I only buy one gift per birthday child, but the kids have begun Dollar Tree shopping for each other so they always have more to open.  These mustaches were a huge hit!

Little Jason is a joy.  He brings me flowers from the yard regularly and always wants to make sure I put them in water.  He loves to do his Kindergarten school work!  He is full of energy and bubbling over with laughter.  Entertaining himself is not a problem.  During nap time I will often hear him in his room laughing by himself.  He loves to play jokes and make people laugh.  Our lives just wouldn’t be the same without our little fire ball of energy.  We are so thankful for Little Jason.