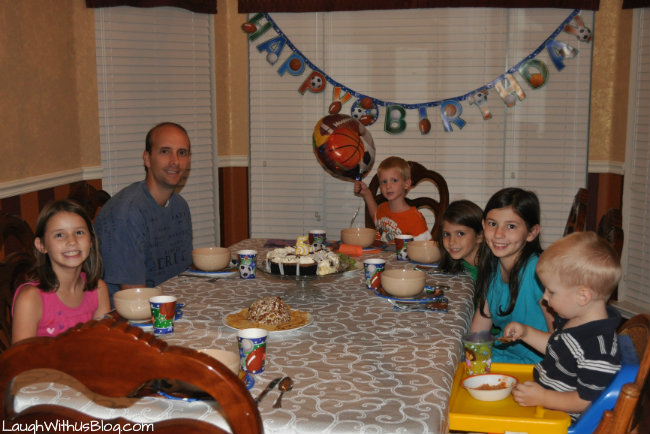 Five years ago the sweetest little boy was born.  My sweet, cuddly baby has turned into a firecracker, full of energy little boy who laughs about eighty percent of the time.  Little Jason’s birthday actually came when he was very sick with croup.  The poor boy was having trouble breathing.  When I asked him if he wanted to celebrate his birthday on a different day when he felt better his little head bobbed up and down.  I still tried to do little things for him through the day.  I wanted him to feel special on his birthday.  Later I heard him telling someone he had two birthdays so I guess it all turned out alright. 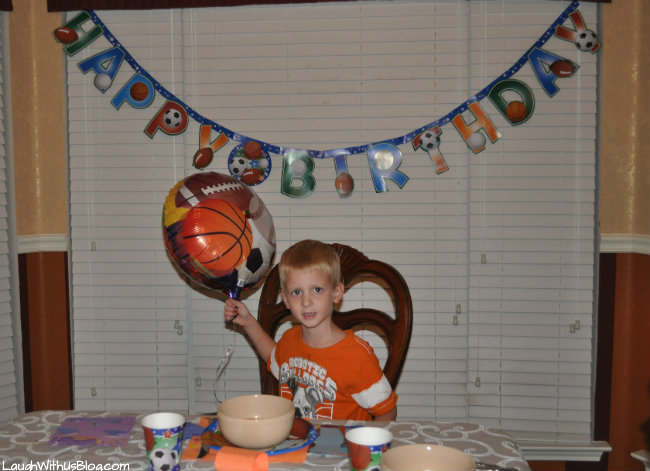 As most of my kids do, he asked for me to make him Sopa (Mexican Alphabet soup) for his special meal.  With that he wanted me to make a Jalapeno Cheese Ball and grapes.  I love it when they go easy on me! 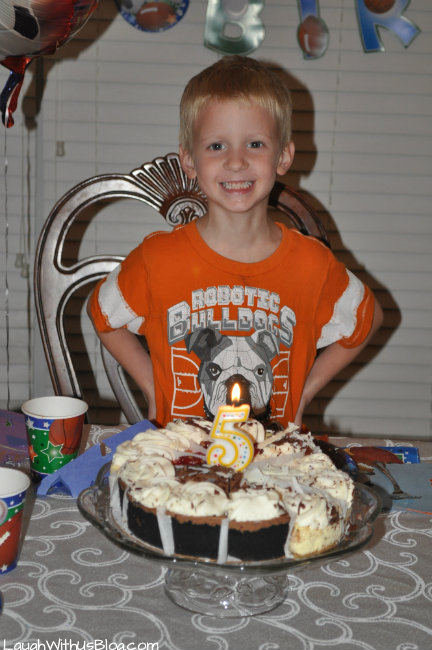 Well he also asked for a cheese cake and this time (I kid you not.) I did look into making one.  I purchased a pan and everything!  But by the time I realized it was going to take some eight hours, it was too late so Cheese Cake Factory came to the rescue.  No one complained though.  😉  Next time will definitely be my time to make a cheesecake… 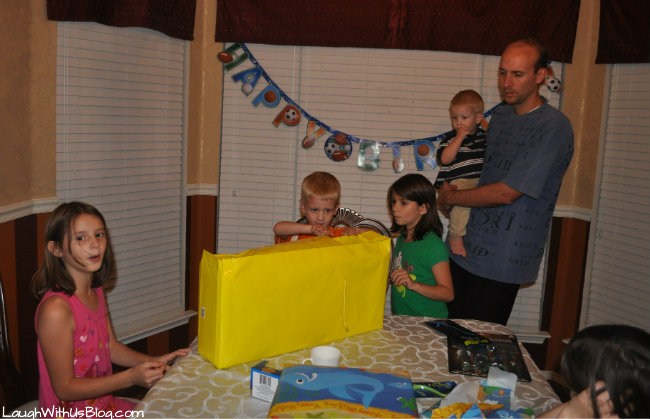 Then came the time of opening presents.  Gifts have always only been a small part of our celebrations, but who doesn’t love to open a present?  This time the girls had gone out and each purchased a small gift for Little Jason, so there were a few more gifts than usual and he was thrilled.

We are so thankful for five years with this sweet, you never know what he will come up with next boy.