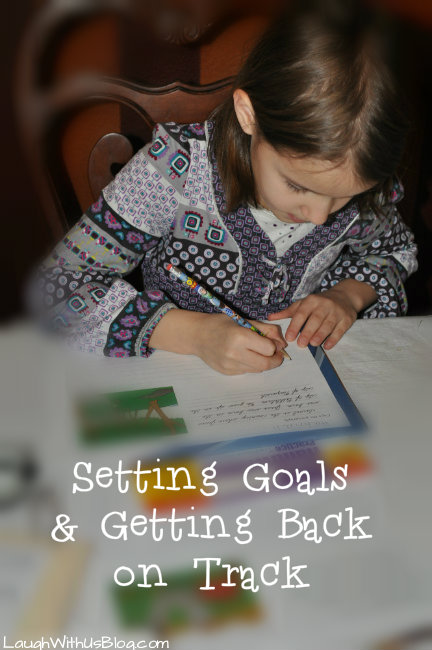 It has been a tough year and now I find myself very far behind when it came to most things around the home.  Thinking back I realized that six out of the last 12 months I was pregnant.  Twice I had a miscarriage at twelve weeks.  Also in the last 12 months my husband has been at three different jobs.  I have found myself fighting depression, something that is not normal for my “look on the bright side” personality.  When I wrote 7 tips for getting through hard times, that’s where I have been.  Reminding myself of those things daily as I struggle.

Physically I am feeling much better and thus on the rampage to try to get caught up.  The kids have also all fallen behind in their school work.  I realized when I evaluated our progress that we have got to work hard to finish our lessons before the next school year.  I have never been a charty mom.  Charts just seem like more work, and I have trouble keeping up with them.  So…I made charts ha ha!  I gave each child a set of goals that they are to complete and check off daily.  The goals include school work, chores, and for some even attitudes they need to demonstrate progress on.  To make it fun I included an incentive.  At the end of the two weeks I told them I would take every child that completed their goals to a movie.

Wow have we gotten a lot accomplished.  Not only the children, but I set goals for myself including house work and exercise goals among other things.  It was exciting to see my older two take responsibility and really work toward getting their goals accomplished each day.  My 5 and 7 year olds however didn’t try very hard, no matter how much I tried to motivate them.

Then came reward day.  It was time for the movie, and it was so hard to tell my 5 and 7 year olds that they couldn’t go, but they knew they hadn’t tried their best, and it would have been wrong to reward them. 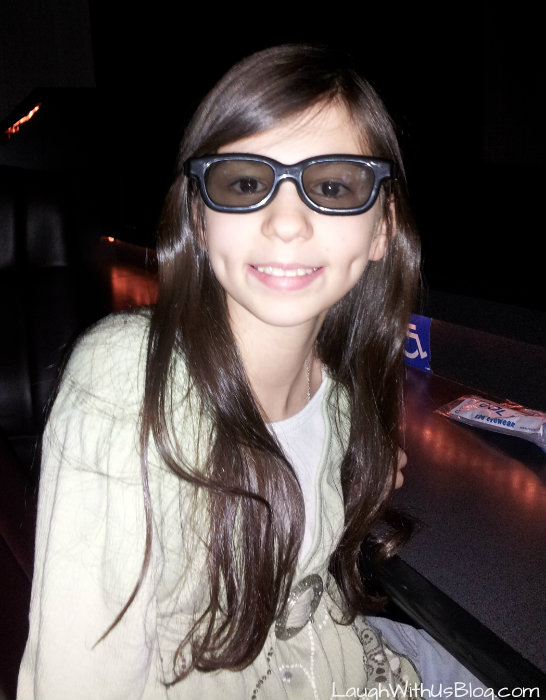 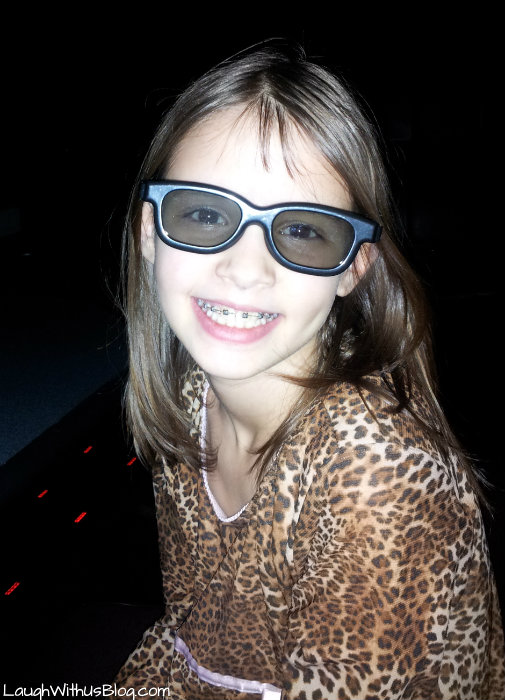 There are our 3D glasses photos.  It’s tradition!  I am a huge fan of 3D.  I think when our 500 pound TV finally quits, I’ll invest in the 3D home entertainment systems.  Of course they will probably be cheap by the time our TV gives up the ghost!  We watched The Lego Movie.  We left feeling like…EVERYTHING IS AWESOME!  Ha ha!  The kids loved the movie.  I think it had it’s funny moments.  I can’t however, get that song out of my head.  I’ve multiple times daily found myself bursting out in song with those words since I’ve seen the movie–quite annoying for all involved.  He he.

Now we’re on another set of two week goals with a new incentive at the end.  I don’t plan on continuing the incentives forever, and I’ve told the children that.  I just want to add a little fun and motivation to help us get into habits of working hard daily and getting our jobs done.  It’s been encouraging to see my younger kids put forth lots of effort in reaching their goals this time.  Yea for tough love!