My husband and I met in Nebraska through connections at the University of Nebraska, so we are big Husker fans!  One of our first dates was to a Husker game.  We have such great memories of our time there.  We want to grow little Husker fans as well.  So today for the first televised game of the season, we had our Nebraska party. 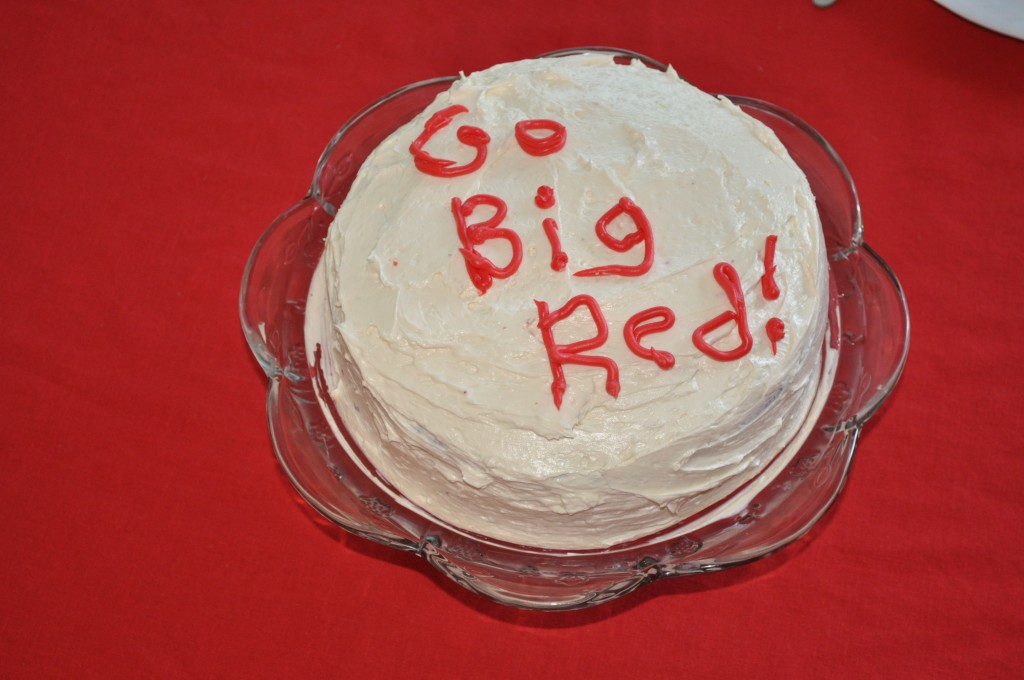 I made the famous Big Red Cake (from scratch) from a vintage Nebraska cookbook that has tons of recipes from former coaches wives. 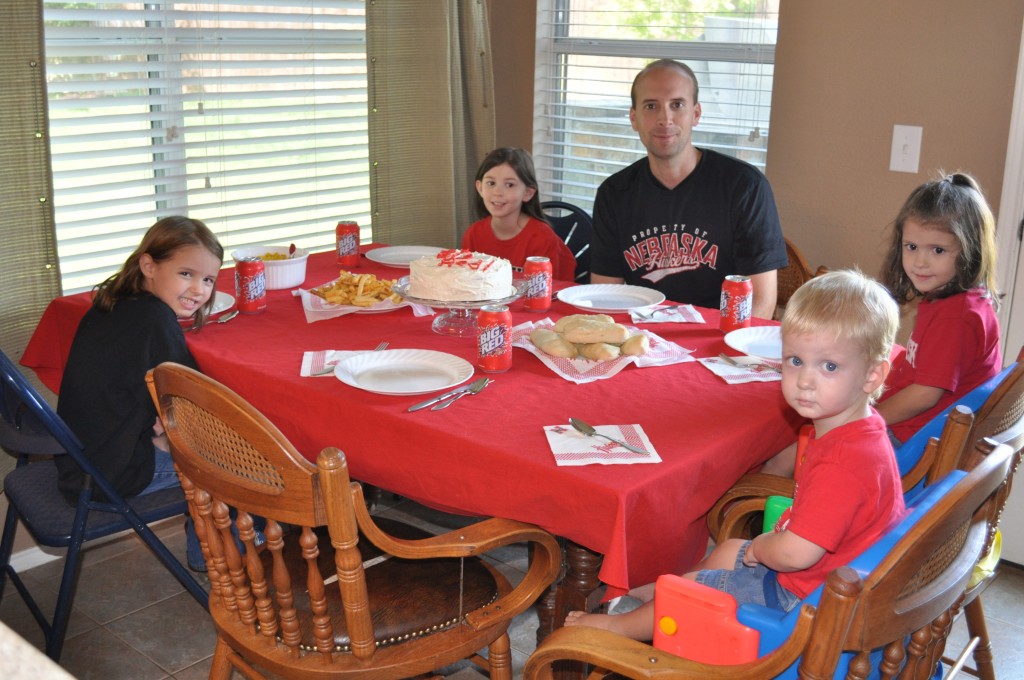 For the meal I made homemade Runzas, frenchfries, and sweet corn – of course! 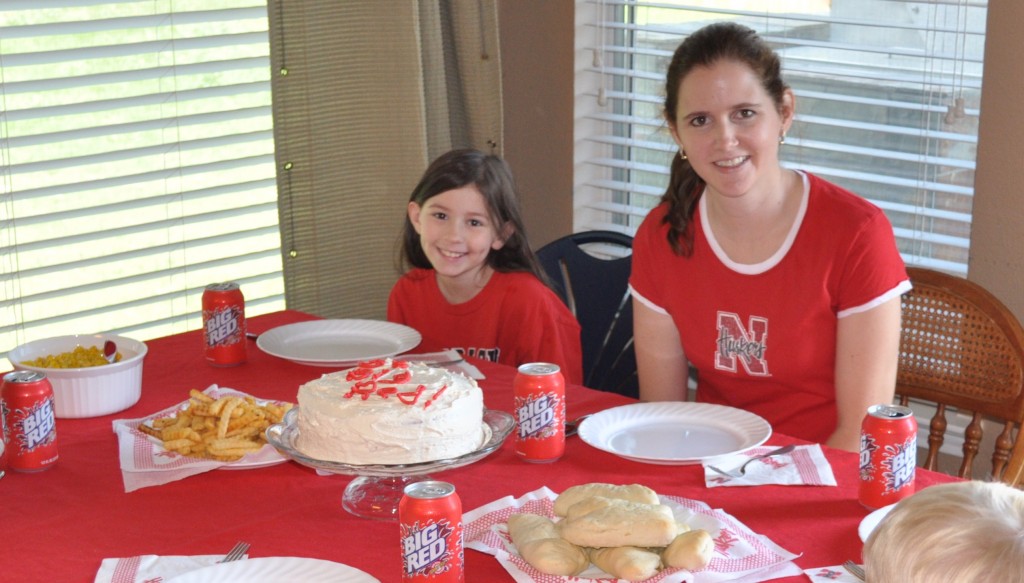 I bought Husker napkins when I was in Nebraska last summer.

Big Red drinks were perfect!  (You gotta get them in Texas.  Shh!) 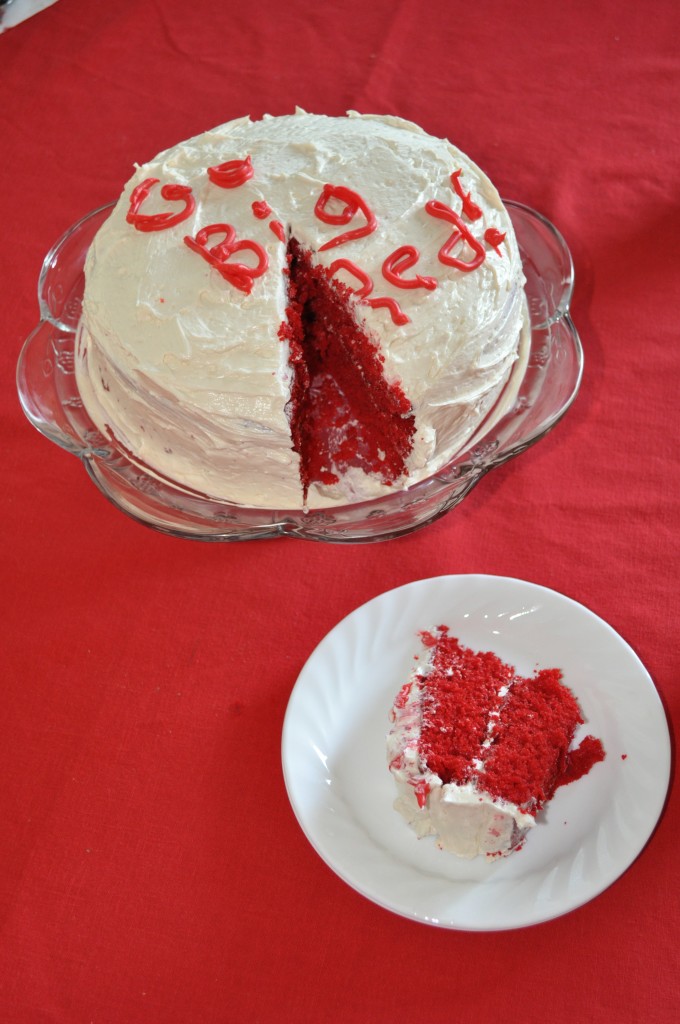 Just so ya know exactly how red it was 2 oz of red food coloring!  =O 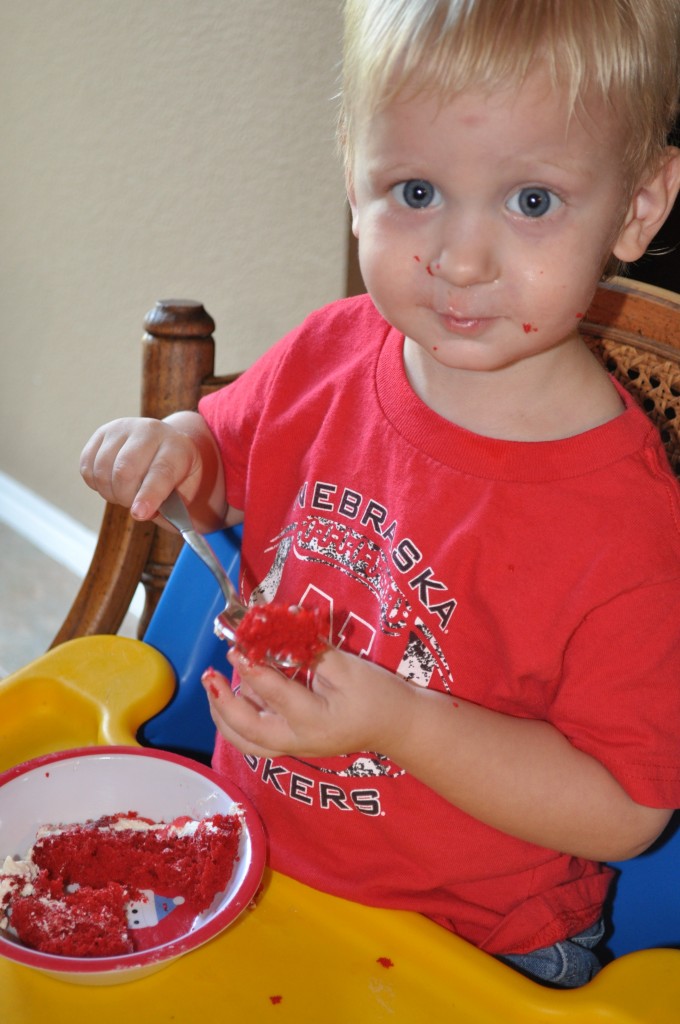 Do  you have any game day menus and traditions?