Over the month of December our Classical Conversations Community doesn’t meet, but where the boys go to Mom’s Day Out still meets for the first two weeks of December.  So that gave us girls two Tuesdays without the little boys.  On the first Tuesday we spent the entire day cleaning out the girls rooms.  I went through books, toys, clothes, everything with them deciding what to keep, give away, or throw away.  But if we got a lot of work done I told the girls we would do something fun on our second Tuesday.

We dropped the boys off and went grocery shopping, not always a fun thing, but we were shopping for our Christmas Tree Decorating party, an annual tradition at our house.  Then we came home and played games for about an hour, and then I told them I would take them somewhere special for lunch.  Would you believe the first two places that came to their minds were Chick-fil-a and McDonald’s?  Ha ha!  Before I gave in I took them to the computer to show them all the choices within a decent distance from our house.  They didn’t budge until they saw Cici’s Pizza and then all minds were made up.  That’s where they wanted to go. 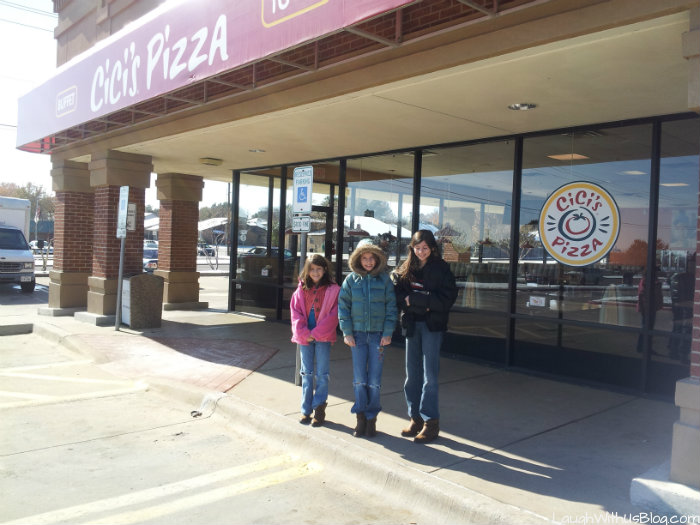 It’s amazing how different it is to just take the girls somewhere.  They can all get in and out of their own seats.  I didn’t ‘t have to carry anyone.  I didn’t have to worry about losing anyone.  Each one could get their own food at the buffet.  And wow we could have a conversation without any screaming.  Amazing! 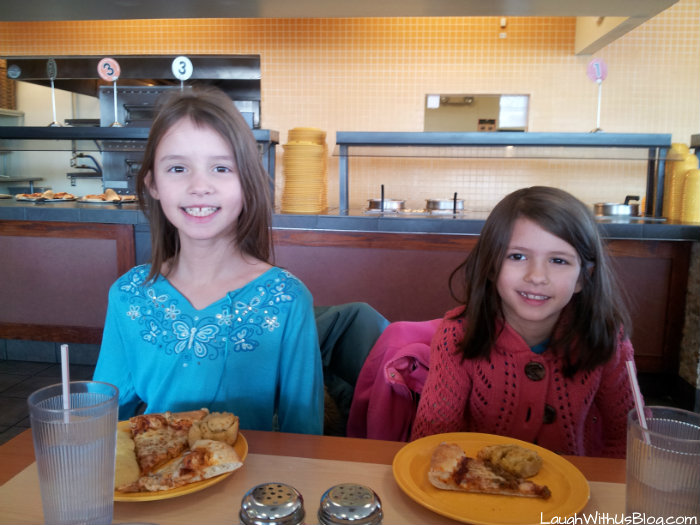 The girls and I enjoyed the pizza bar, and I made more than one trip to the salad bar but… 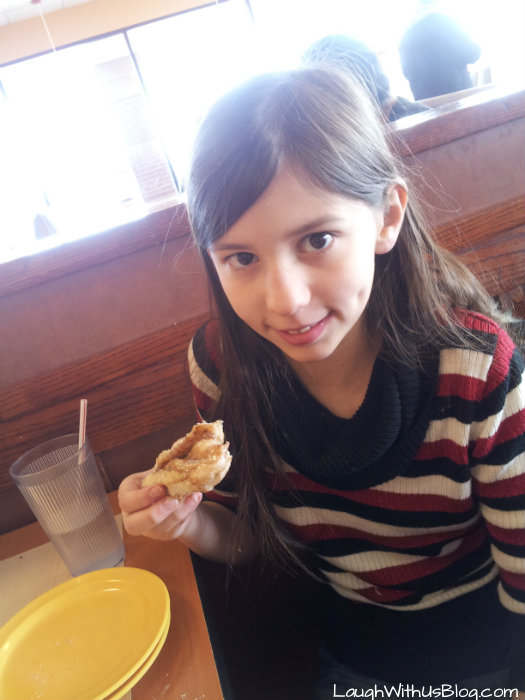 The reason I REALLY love Cici’s is their cinnamon rolls!  I think they might be my favorite cinnamon rolls anywhere.  Anyone have a recipe?  🙂

What a fun day with just us girls.  This is what it would have been like if I had stopped having children after three.  Life would be so much easier right now, but…we actually all missed the boys.  I was surprised even the girls kept mentioning things like, “Oh Bobby would really like this.”  Yes, life would be simpler with just three girls ages 12, 9, and 7 but I’m so glad we have our boys.  I’m hoping they’ll keep me young.  Ha!