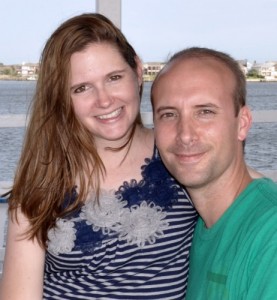 Our Family Vacation to Houston Part 9

Day four of our trip began with packing everything back up and heading to the Galveston area.  Originally, I had planned (here again I’m a planner) to spend a day at the beach, but the day before we left, my husband heard that Moody Gardens was the place to go and offered to buy our family a year’s pass.  I had mixed emotions.  Hotels were already bought and I knew that if we spent the two days he suggested at Moody Gardens, there would be no way we were going to have time to go to the beach too, but with him excited about paying to take us to this neat place, how could I refuse?

It took us about an hour to drive there; meanwhile, I was stuffing myself with Cheez-Its.  Since Jason had decided not to take us out for breakfast, I didn’t want a repeat of the day before.  Well, when we got to the island just a few minutes before the park opened, my husband declared he was hungry and was going to stop for breakfast.

Stop here.  Ready yourself for another test that I failed.  I had been happy to eat Cheez-It’s for breakfast, even though I would rather have gone out, but by this time I was full.  “No fair!”  I cried out, sounding ever so much like my children.  So instead of going happily with the change of plans, like a godly wife would have done, I spoke the ugly thoughts that came to mind.  Jason matched my words and accusations, equally unhappy that I made such a big deal out of it.

So on the morning of our fourteenth wedding anniversary, I sat in the van bawling my eyes out while my family enjoyed a nice breakfast.  By that time I was more hurt than mad, but pregnancy limits my ability to control my emotions, and I could not stop crying.  I did not want to sit in the restaurant crying, so I just stayed in the van.  I actually felt stupid and horrible about the whole thing, but the damage was done.  My husband was not happy that I didn’t join them, but I really I was full, and I would not have been able to eat anyway.

I could have left this episode out, but you need to know that as much fun and laughter as we share, we can also be very stubborn and selfish.  We work at not being so, but we are a very average family with our ups and our downs.  I want you to see the whole picture.  We struggle and don’t have it all together!