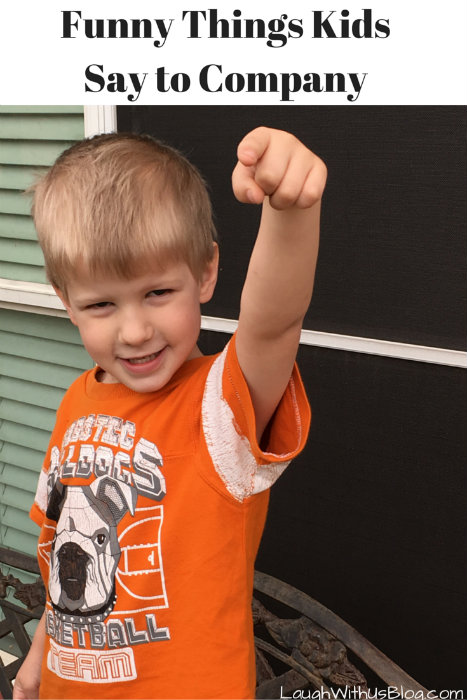 Bobby. Oh this kid kills me.  He seems to know and understand so much more than I would expect for his age.  His sense of humor and quick wit keeps me in stitches.

A friend of ours from out of town stayed with us for a few days.  At some point the poor man hurt his tail bone, and I offered an ice pack that he received gratefully.

In walked Bobby.  Instantly he wanted to know what was going on. What was he doing? What was he hiding behind his back? Why?

Our friend finally responded with, “Because I hurt my tail bone.”

Bobby shrieked with delight and laughter, and then pointed to him and proclaimed, “You’re a monkey!”

The man was quite perplexed and just stared at a little Bobby rolling on the floor with laughter.  I too was laughing so hard it took me a while before I could explain.

You see, about a month or so before, Bobby had watched a Veggie Tales video with this silly song. It made quite an impression on him that he went around singing it for several days and asking people if they had tails. At some point he realized all humans were in fact…apes since none had tails, and he quit going around asking.

But on this day quite unexpectedly he found his first human monkey.  How we laughed!