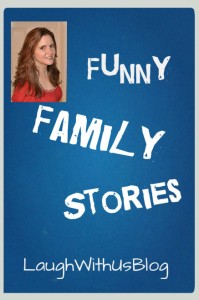 As I’ve shared in the past, when my husband can be very one track minded.  He can be so focused on something that at times he doesn’t know what his own hands are doing.  This can make for some funny situations.

One time we were visiting at the house of some friends.  My husband had his arm around the back of the couch and gently massaged my neck.  Then he began telling a story.  As he told the story he was pushing my whole head forward while I was trying (subtly at first)  to push my head back.  But the more I resisted the more he pushed my head forward.  Until the man he was talking to pointed to me and said, “Uh…”  Jason looked at me in shock.  He had no idea what he was doing to me.

Another time we went out to eat after church with several families.  Everyone received their drink, and we were visiting while we waited for our food.  As my husband began talking to one of the men next to him, he reached over, took the man’s glass, and began drinking it!  He didn’t realize until later!

Recently, my husband was standing in church with the baby.  As he began to share a prayer request, he reached over as if to give me the baby and then just dropped him in my lap!  Thankfully, I was already reaching for Bobby, and caught him on the way down.  It struck me so funny though.  Would that these things would not happen in church!

I am so grateful for the laughter we share!

*All stories about my husband (and kids for that matter) are shared with their blessing!