While we were gone the kids had fun too with my niece Skylar Ashley who flew in to stay with our children while we were on an Alaskan cruise.   Here is the last of her adventures with my kiddos, well at least the ones that she’s shared anyway.  All-in-all I think she and the kids had a good time.  The kids were so spoiled it took me two weeks to get them back into shape after I arrived home.  I was glad they had a great vacation just like I did, and like them I too struggled to get back into the routine.  Her story below: 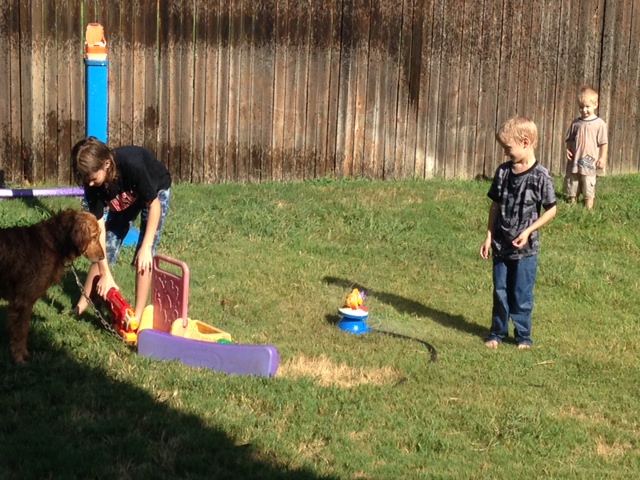 Wednesday was (per request by both my aunt and my nose) Dog Washing Day! Which quickly changed to Water Fun Day when the prospect of washing the dog sounded more like a chore than a fun time outside. Joy was the first to grab the water guns and sprinkler. We hooked everything up, filled up the water guns, then I took a hasty retreat indoors where it was dry! Ha ha. 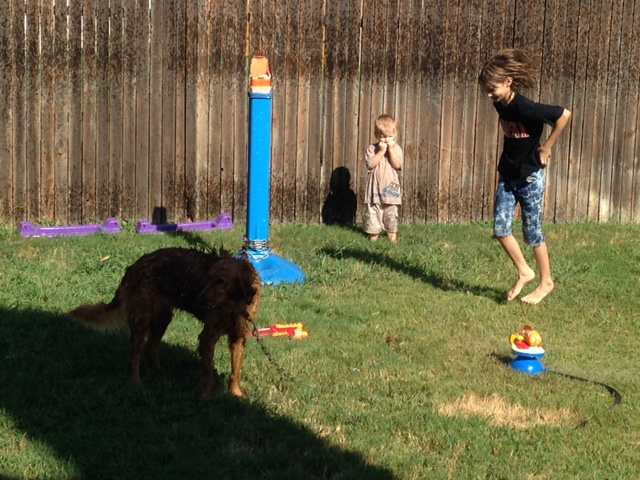 It was Joy’s idea to wet the dog with the water toys. The poor thing couldn’t decide if this was a time to be miserable or a time to chase after the kids while they ran through the water. They soaked her, soaped her up, then gave her a good rinse. All while running from each others guns and trying to win control of the hose. 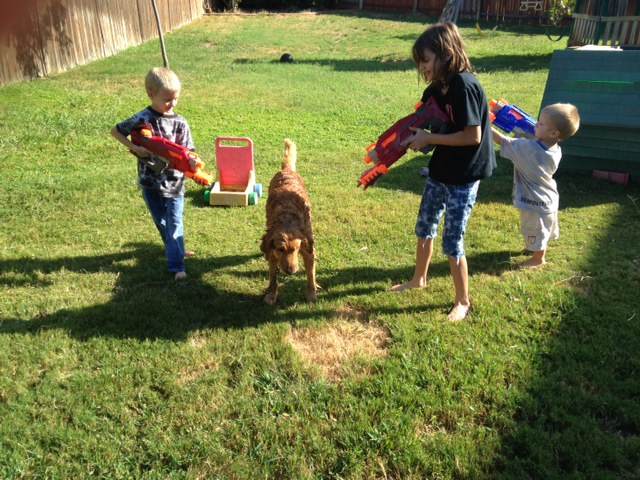 When I was a kid and we had water days, Dad would always make us something hot for lunch like tomato soup or spaghetti-o’s. I wanted to do the same for the kids, so I grabbed my laptop, opened up to Laugh With Us Blog, and made Aunt Esther’s Sopa… with the unfortunate addition of WAY too much red peppers. Poor kids! They were really good sports about it. They asked for milk, which I readily gave. Joy had a hard time eating it. She and me both… But Faith was so sweet. She smiled at me, even though her eyes were watering from the spiciness, and insisted that it was still very good. I almost cried! =)