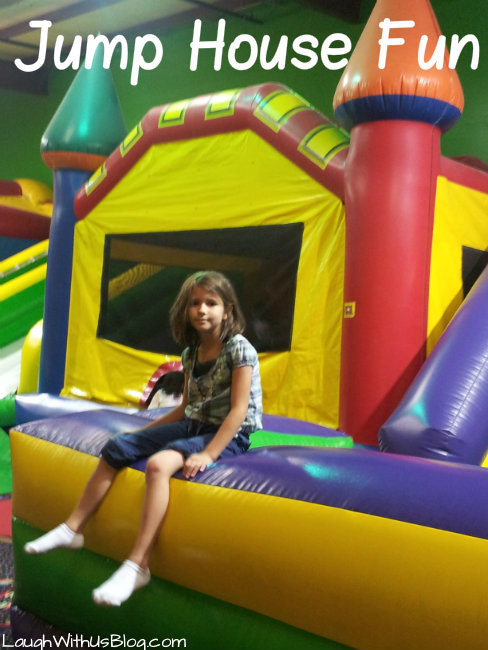 One thing I love about summer is that get to see my sister Miriam more often.  She and her family only live about forty five minutes from us, but she is a teacher and so extremely busy during the school year.  During the summer we try to get together about once a week.  Yesterday she invited us to a bounce house near her house that she loves to take her son, who is seven years old, to.  My kids hadn’t been to a bounce house in…at least three years.  The little ones didn’t even remember having gone to one before.  It was a lot of fun for everyone.  While the kids played we were able to visit!  Woo hoo! 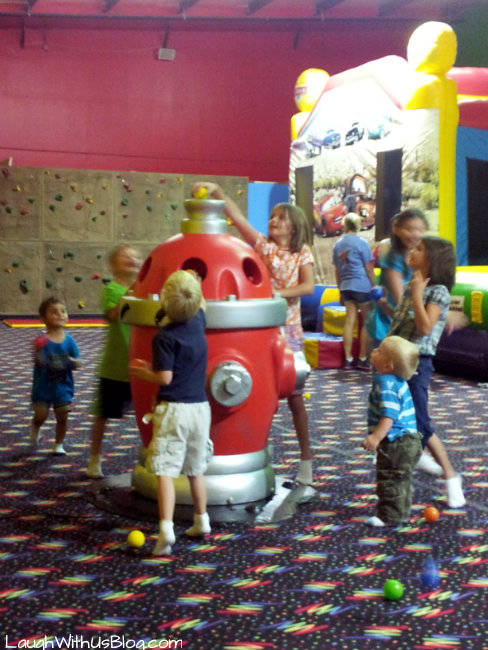 Besides the Bounce houses and rock climbing wall, they also had this fun thing to play with.  I have no idea what to call it, but the kids would throw the balls into the holes and it would shoot the balls up high into the air.  Also if you gently placed a ball on the top it would hover about 8 inches in the air.  Everyone loved it, but my boys spent the most time there. 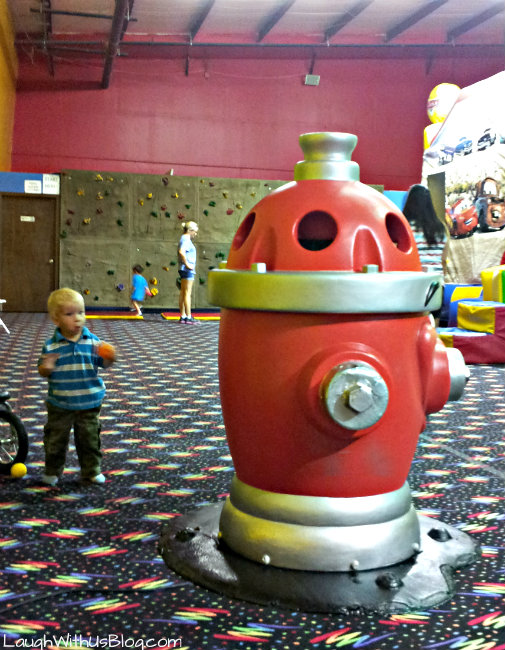 Bobby spent the first hour trying, but hardly succeeding at throwing the balls into the holes.  Then he started walking all the way up to it and trying to gently put it into the hole, but he was not quite tall enough.  For a while he was happy doing this, but around his normal nap time he started having a melt down every time the ball didn’t go into the hole.  Feeling sorry for him I lifted him up so that he could put the ball in, but that got old pretty quick–for me anyway!  He took turns crying and trying for a while until he finally scooted all the way up so that he was standing on the little ledge and on his tip toes stretching as for as possible barely got it into the hole.  He was so excited!!  The fun began anew!

We left the bounce house and enjoyed a late lunch.  Poor Bobby was so tired he laid his head down on the table and went to sleep!  He got his nap and the rest of us were able to visit!  It was a great day with family.  I hope all of you are enjoying these last few weeks of summer!