We had a blast being hosted for a day at Dinosaur World in Glen Rose, TX!  One of our favorite things to do at the park was dig for fossils.  Yes, they are real fossils!  My children asked me over and over if they would be real. 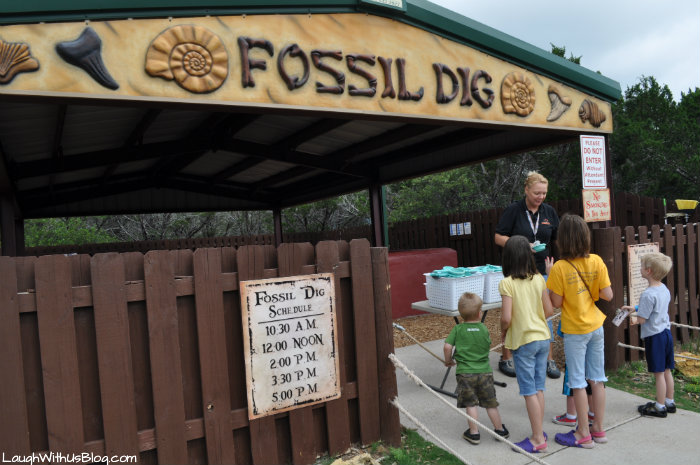 Upon entering the Fossil Dig, the children were each given a little spade for digging and a sifter (I’m sure that’s not really what you call it.).  They were told that they could dig and find as many fossils as they possible, but out of their finds they were to pick three to take home.  The search was on! 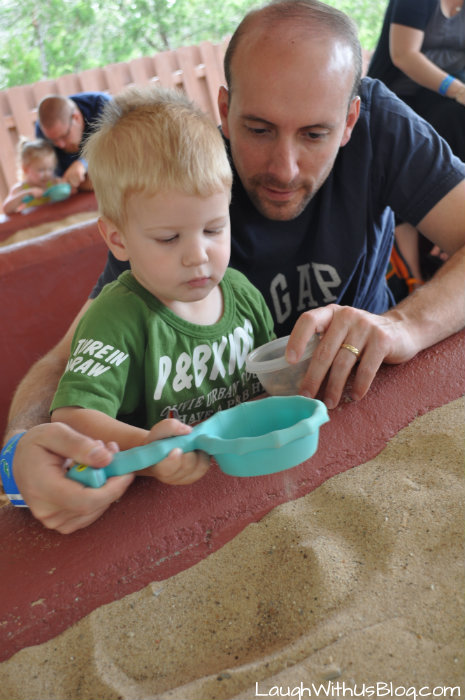 Bobby is two and a half and he loved the Dino Dig as much as the other children.  He had a blast digging in the sand.  What kid wouldn’t? 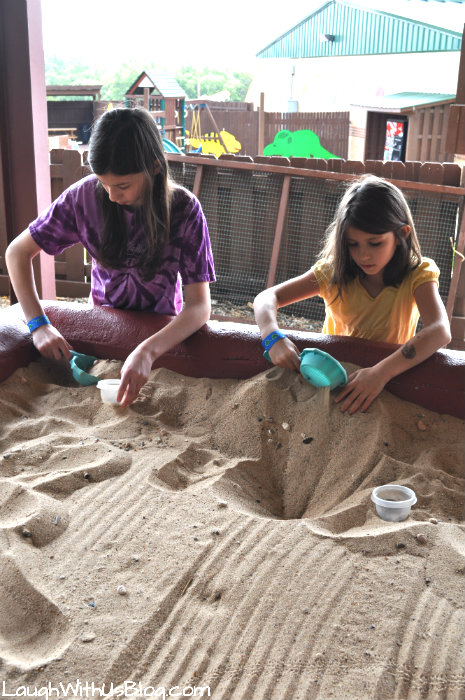 The girls took finding fossils seriously!  They wanted to know what each thing they found was. 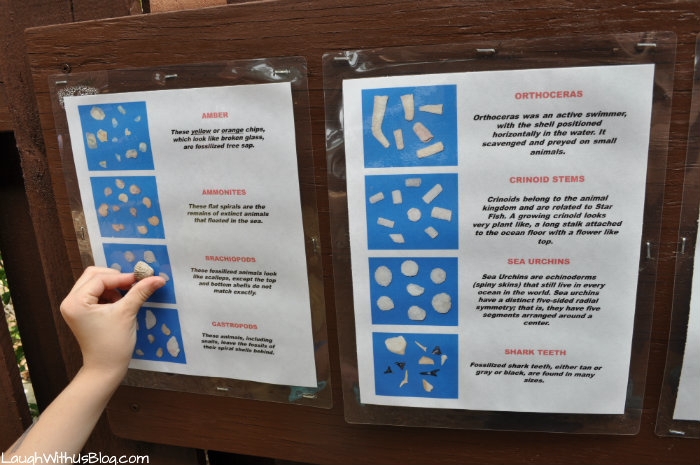 Posted on a nearby wall was a list of all the different kind of fossils buried in the sand and what they look like. 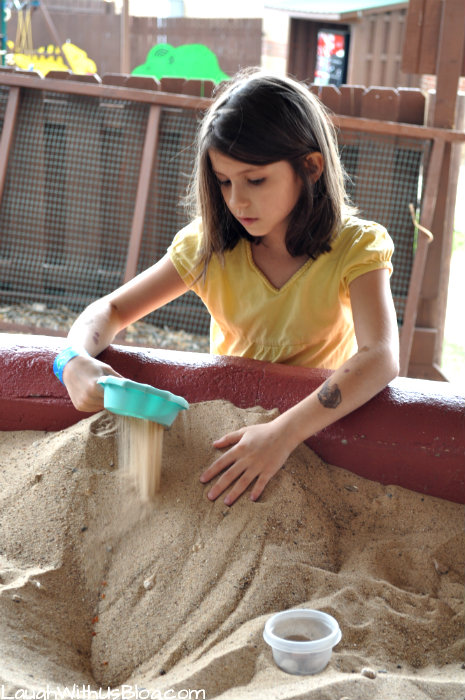 “Ooo what kind of fossil is this?” 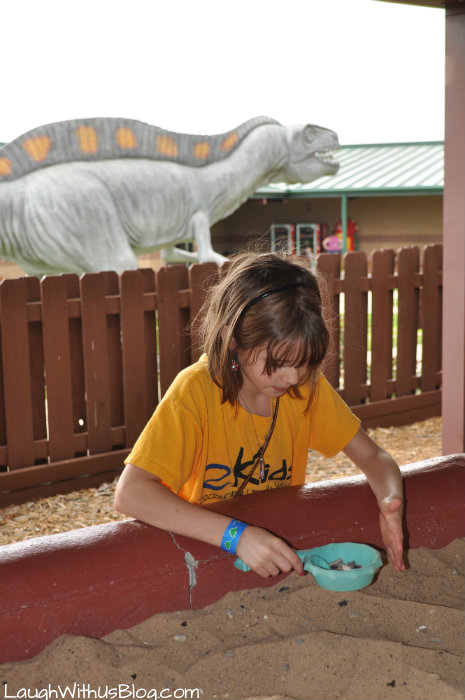 I wondered if the girls would have trouble narrowing down their fossil finds to just three, but no one complained. 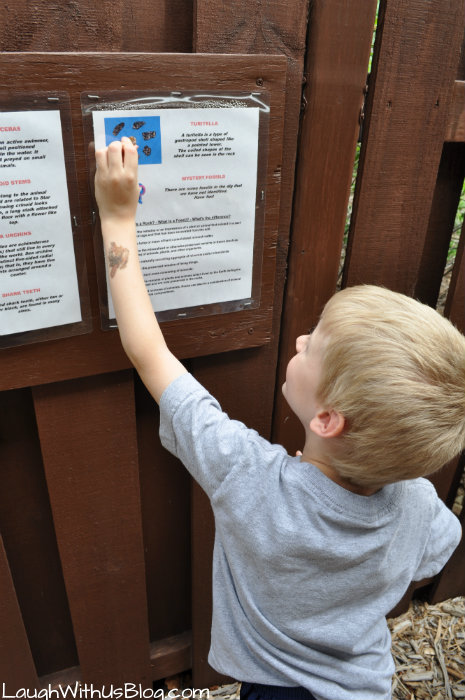 Even my five year old would run back and forth trying to figure out what his fossil was.  The kids learned so much and had fun doing it!

The favorite fossil around here was shark teeth.  Each of my children came home with at least one and my daughter even made a necklace with one tooth!

Headed to Glen Rose?  Don’t forget to print your coupon for Dinosaur World!