Fort Worth hosted our family for an evening at the Stockyards Rodeo. As always all opinions are my own. 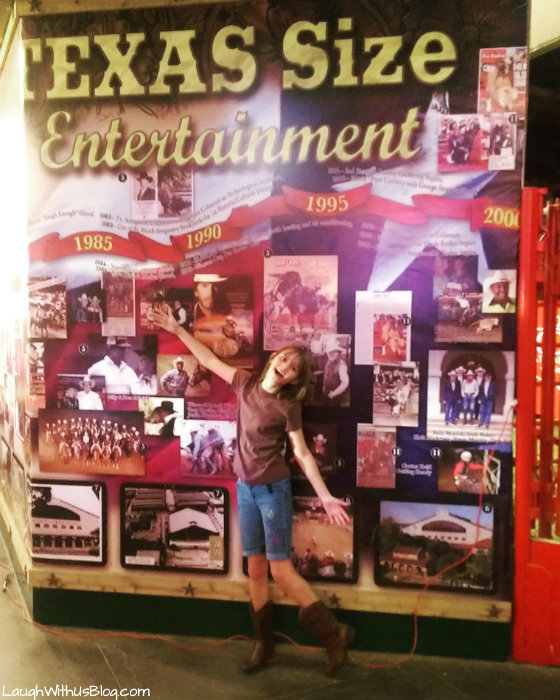 I have wanted to take the kids to a rodeo, well, pretty much since I had kids.  My dad was a bronc riding cowboy in his youth, and I grew up going to rodeos.  Dad raised quarter horses and other animals on our acreage.  There was nothing I liked better than to be outside with him and the animals. When we watched TV it was most likely a western and in more recent years my parents love watching bull riding. I feel like I’m part cowgirl even though I’ve been thoroughly citified!  Ha!  So it was with great joy that I took the family to the Fort Worth Stockyards to see their first rodeo. 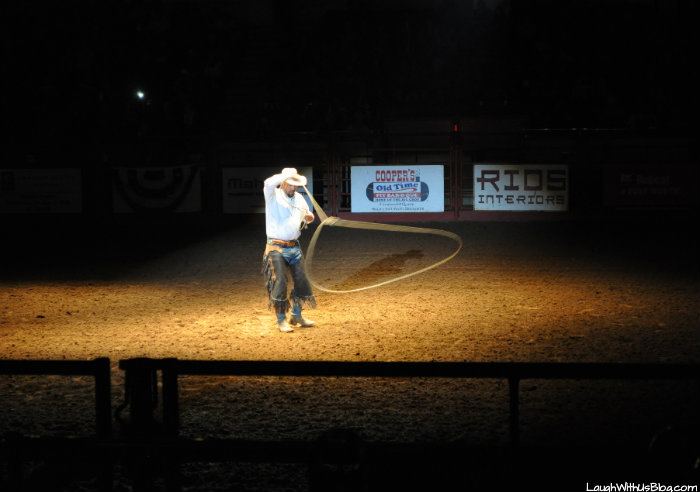 My kids had a blast, every single one of them and from start to finish.  The beginning entertainment was fun.  I especially liked the tricks with a lasso. 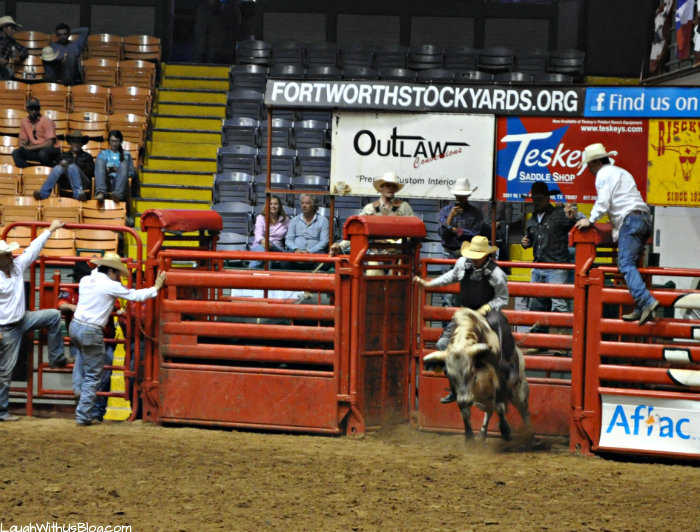 The first thing out of the chute was some bull riding.  I loved that!  The night began and ended with bull riding.

There was calf roping, barrel racing, and more. 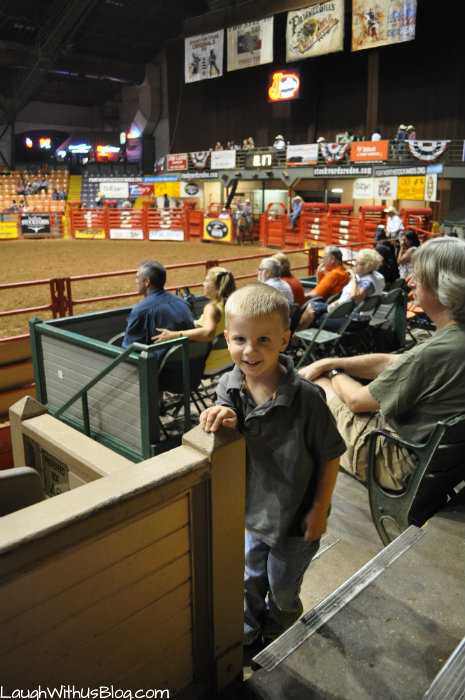 The kids even had the opportunity to go down to the arena for a contest to get the duck tape off the calf for the older ones.  The younger kids chased a sheep.  Bobby loved running around down there until he saw the sheep coming straight for him.  Ha ha! 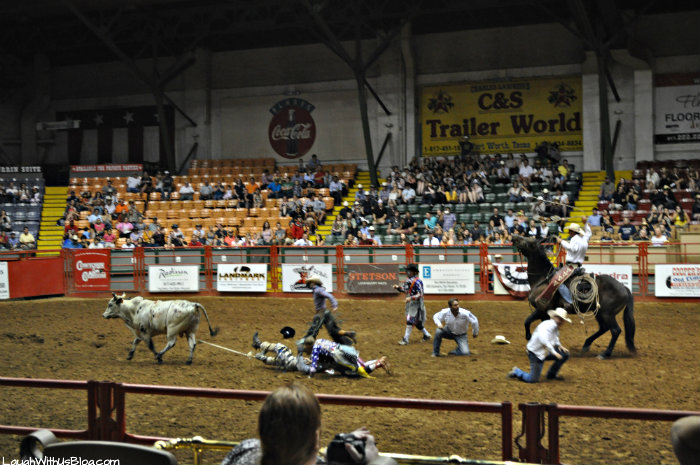 And then toward the end of the night there was more bull riding.  It was all great until the bull rider was bucked off with a rope wound around his boot!  The bull took off dragging the poor cowboy all around the arena.  I have never seen anything like it!  Two clowns, two men, and the guy on the house tried and tried to get the bull rider free. 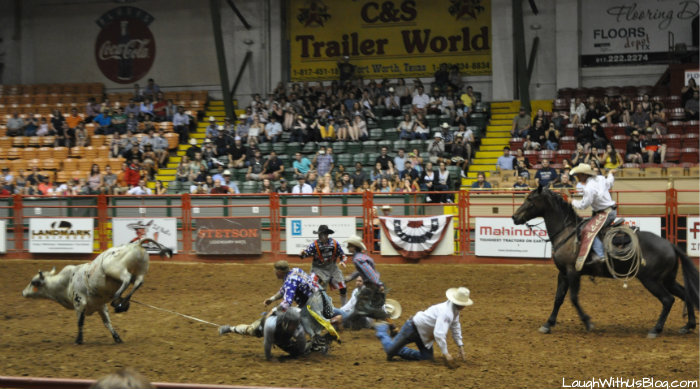 The bull would run and then turn back and charge the cowboys even throwing one of the clowns over his head.  I watched in horror.  I forgot about my kids all around me, and I just screamed.  I knew I was about to watch someone get killed right in front of me.  I was terrified! 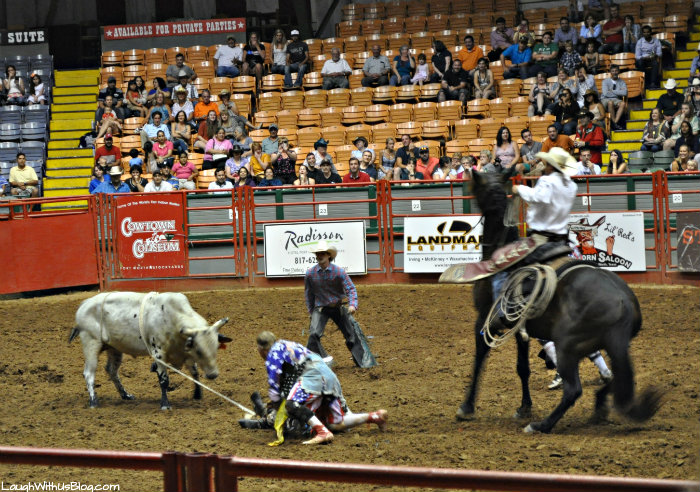 The bull would run for a little while and then turn on the and charge at them again.  People in the stands were screaming, “Cut the rope!”  I thought they’d never get the bull rider free, but they finally did.  I’m not sure how.  I never saw a knife.  It was one crazy evening and even the announcer said that from all his years of rodeos he’d never seen anything like it.  Miraculously everyone got up and walked away okay.  I couldn’t believe it.

What an amazing night!  I felt like it was such a privilege to be there on this night.  Though it was terrifying in the moment, it was a happy ending!

Visiting Fort Worth?  You’ve got to come out to the Stockyards Championship Rodeo.  With a rodeo every Friday and Saturday evenings at 8:00, you can’t miss it!