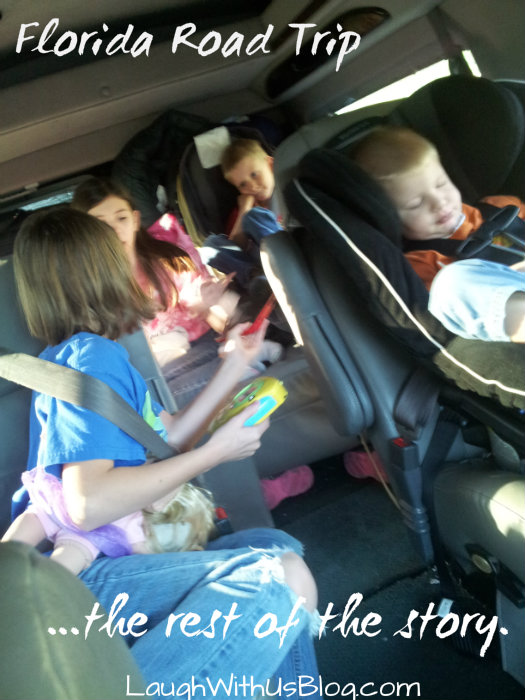 Well okay, this is just PART of the rest of the story.  I was thrilled to be able to take our family on a much anticipated Florida vacation over Thanksgiving.  I’ve already told you about some of the fun things we did at Busch Gardens and Sea World.  Earlier last year I was given the opportunity to work with Busch Gardens Tampa as a brand ambassador.  I was so excited because, of course, we love Busch Gardens and because as an ambassador I would have our park tickets sponsored making a trip to Florida much more reasonable for a family of seven, and I do mean seven.  Bobby turned three during our trip meaning that he is no longer free to enter any of the attractions.

I have learned that, try as I might, I cannot do anything without some fiasco.  Busch Gardens sent me two separate emails for our two days of tickets.  The dates for each set of tickets were slightly different, but when I printed them out, the tickets did not have the dates printed on them and all looked the same.  I painstakingly separated them to make sure I would take the right set of tickets for our first day.

Our plan had been to leave early in the morning on Thanksgiving day on our Florida road trip, but the week before my husband said, “Why don’t we leave after I get off work on Wednesday, get as far as we can, and that way we’ll have an extra day in Florida?”  Well that sounded like a great plan to me even though that meant I had less time than I had planned to pack and get ready for the trip.  But all went well, and we arrived in Tampa Thanksgiving evening so excited to go to Busch Gardens the next day.

Morning came and we rushed to make it out of a hotel room with all seven of us.  We timed it perfectly arriving just as cars were being let in to park.  We parked and were on the first tram of people to the park.  We were bursting with energy.  I had purchased All Day Dining Meal passes (which I highly recommend) and it took several minutes to stand in line for our all you can eat wrist bands.  That done we headed to the ticket lines.   Arriving at the gate I presented the staff person with our tickets.  “I’m sorry these are not valid,” she told me, “you’ll need to talk to someone at Will Call.”  We got out of line and went to the Will Call line.  Pretty soon I handed the lady my tickets, “I was told my tickets aren’t valid.”  She looked at them for a few minutes and then agreed, that they weren’t valid. 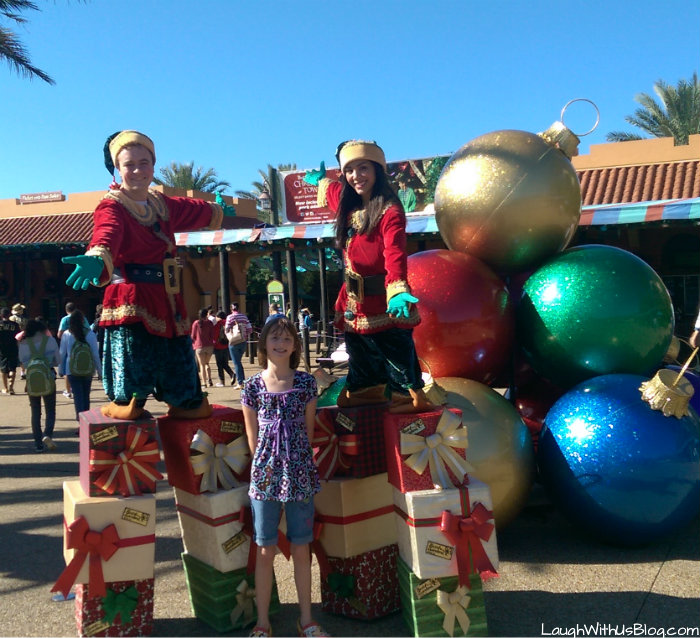 “Oh no,” I looked at my husband, “I must have grabbed the second set of tickets instead of the first.”  We all groaned.  He set out to go back to the van to retrieve the other tickets.  About thirty minutes later he was back with the tickets.  Again we waited in line to get in the park.  It was much later by then and the lines were longer.  Finally, I handed the man my tickets.  I stood there for a little while.  “Just a minute.  I’ll be right back,” he left and came back a little bit later as we all held up the line.  “I’m sorry, but it says your tickets aren’t valid.  The dates on these tickets are valid starting the 28th.  That’s tomorrow.”

And that’s when it hit me like lightening–the answer to the riddle.  When I ordered our tickets we had planned to leave and arrive at the park a day later.  Instead, at my husband’s suggestion, we arrived a day earlier.  I never gave a second thought about our ticket dates.  It was all my fault.  We were there, and I had not only already paid to park, but I had purchased the All Day Dining passes for our entire family.  Our day had begun with so much excitement and now we were all deflated.  “Let me see what I can do.”  I took my tickets back over to Will Call and stood in line praying all the while.  When I arrived at the counter I begged, “You have to help me!”  and explained the entire situation.  The lady listened quietly to my story and said, “It’s no problem at all, just let me verify the tickets.  Yep.  I see.  I will just enter the numbers and hand stamp your hand so you can get into the park.”  Seven stamps later we were in business.  Thanks so much to the Busch Gardens staff for working with me! Whew!

Safely in the park you would think that was the end of the fiascoes right?  Wrong!